The Lake George Area is the birthplace of the American vacation

How one man and his guidebook shaped America's first getaway!

In the mid-1800s, the Adirondacks were an undiscovered natural treasure. Hidden ponds with mirror surfaces teemed with native rainbow trout. White-tailed deer roamed the shores of silent waterways. Towering mountains streaked with ridgelines climaxed at stunning panoramas of the wooded landscape below. Boundless forests of sugar maples and American beech trees stretched as far as the eye could see, painting the autumn hills and valleys a medley of deep oranges and flaming reds. Lake George was the glistening jewel in the treasure chest that is the Adirondacks. 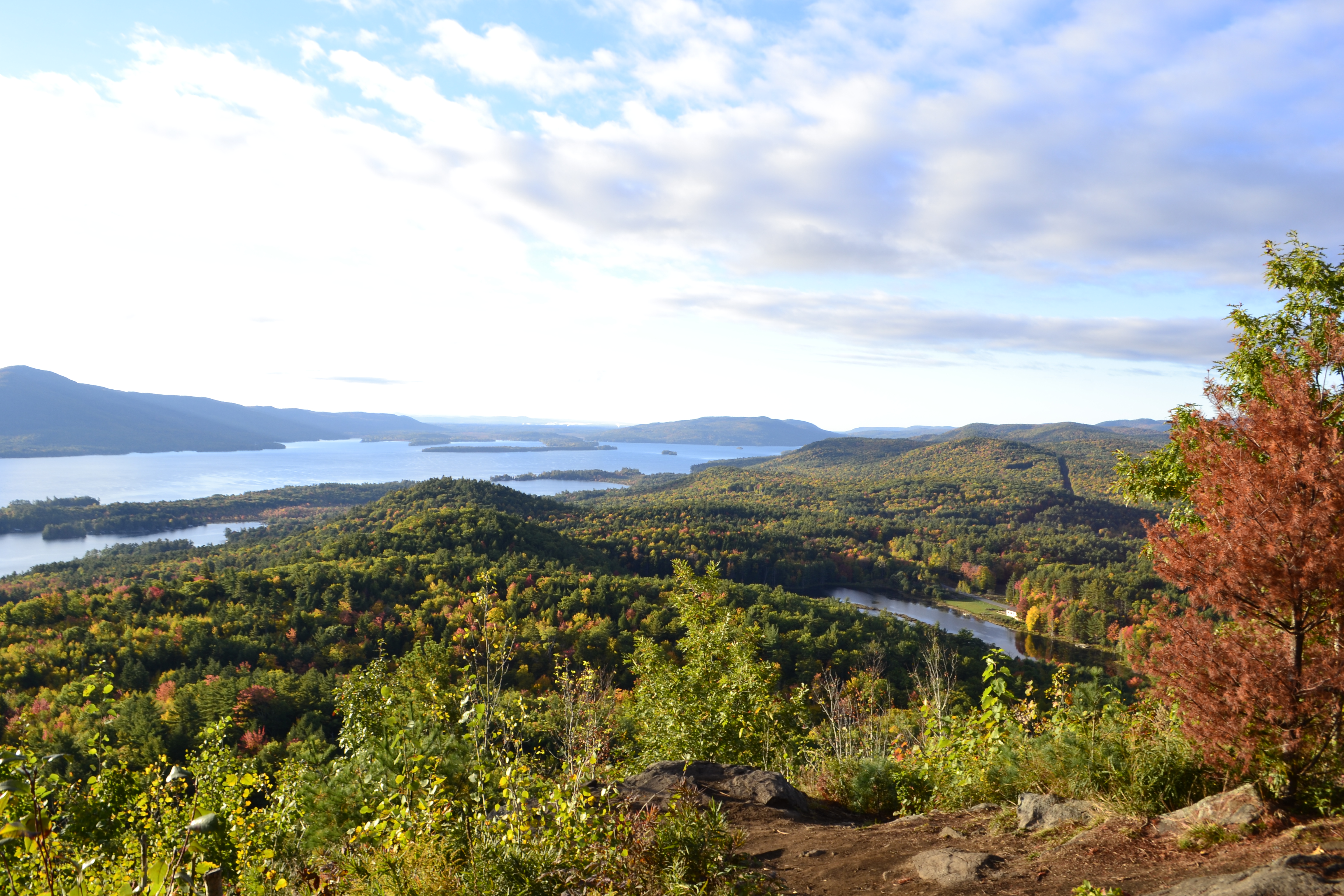 Meanwhile, a preacher from Boston named William H. H. Murray was introducing the Adirondacks to the general public. In 1868, he published a book called Adventures in the Wilderness; or, Camp-Life in the Adirondacks. The book was half informative travel guide, half wild short-story collection. It was filled with grandiose fiction and illuminating articles about enjoying and surviving life in the mountains.

Murray had trekked through the Adirondacks for years.

He was an expert fisherman, a creative hunter, and a lover of camping under the stars. He called the best guides by name. He fished in ponds rarely seen by human eyes. He had tasted the finest hotel flapjacks in the mountains. He knew the Adirondacks like the back of his hand.

People found Murray's stories and advice inspirational. Armed with Adventures in the Wilderness and not much else, unprepared city-dwellers boarded trains headed for the foothills of the Adirondacks to begin their own adventures.

The Original Vacation was born. It was forged from adventures and excitement, crafted from muddy trails and fishing rods. Hiking, fishing, and camping changed from strange impossibilities to routine summer recreation. Urbanites didn't realize that a mere 36-hour train ride would drop them at the edge of this great wilderness. 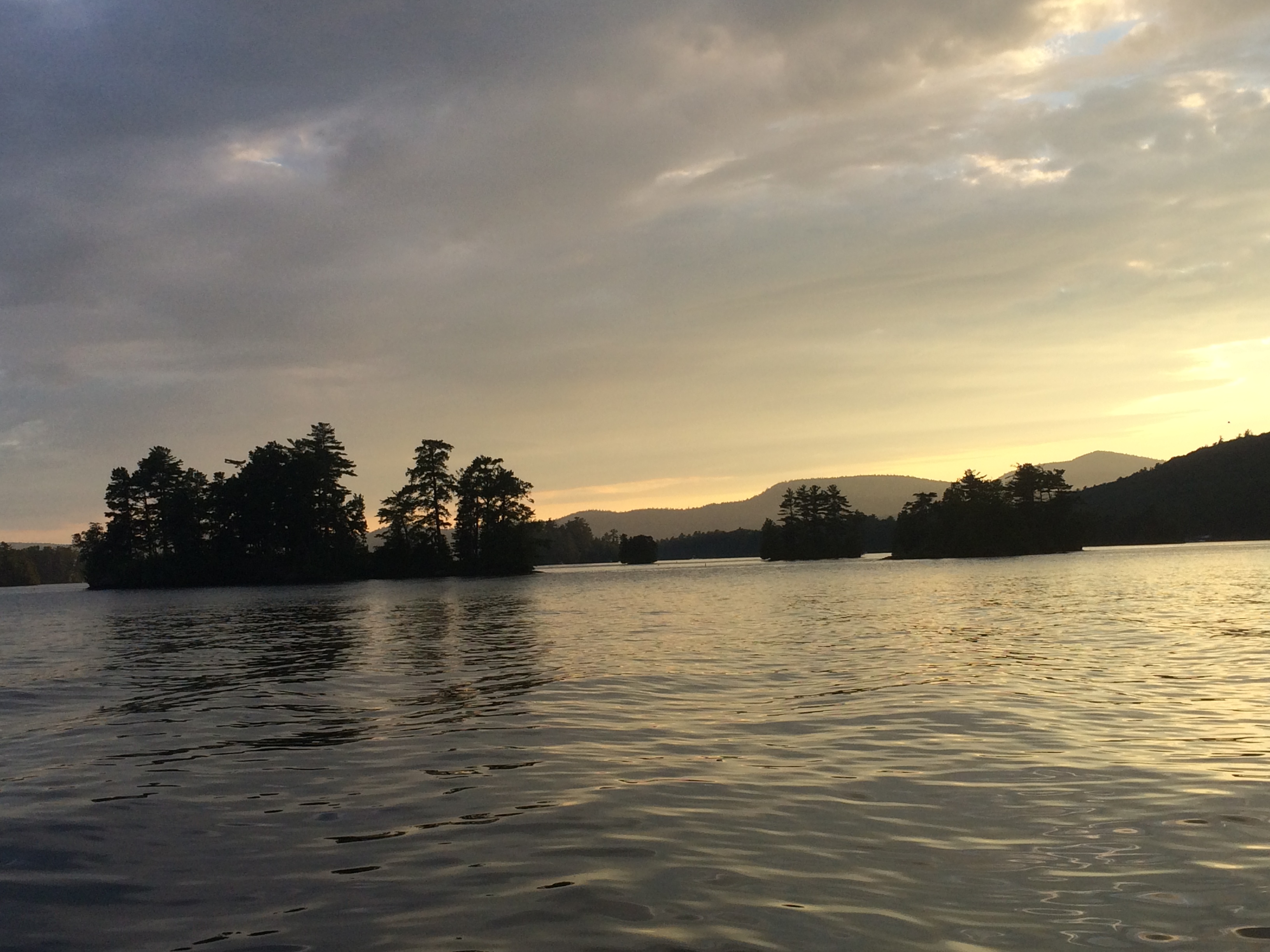 The Original Vacation drove people to have lively experiences in the wilderness. They had to learn new skills and push themselves to revel in the outdoors. They fished for survival in peaceful pond and streams. They slept at rustic hotels and hired guides that had spent their entire lives roaming the mountains. They camped in mud, falling asleep to the sound of lapping water underneath the shimmering stars. They vacationed exactly the way Murray did.

As people streamed into the Adirondacks, the Original Vacation started to change.

Visitors to the are could still camp, hike, fish, and paddle, but new sources of entertainment and lodging made the destination even more attractive. 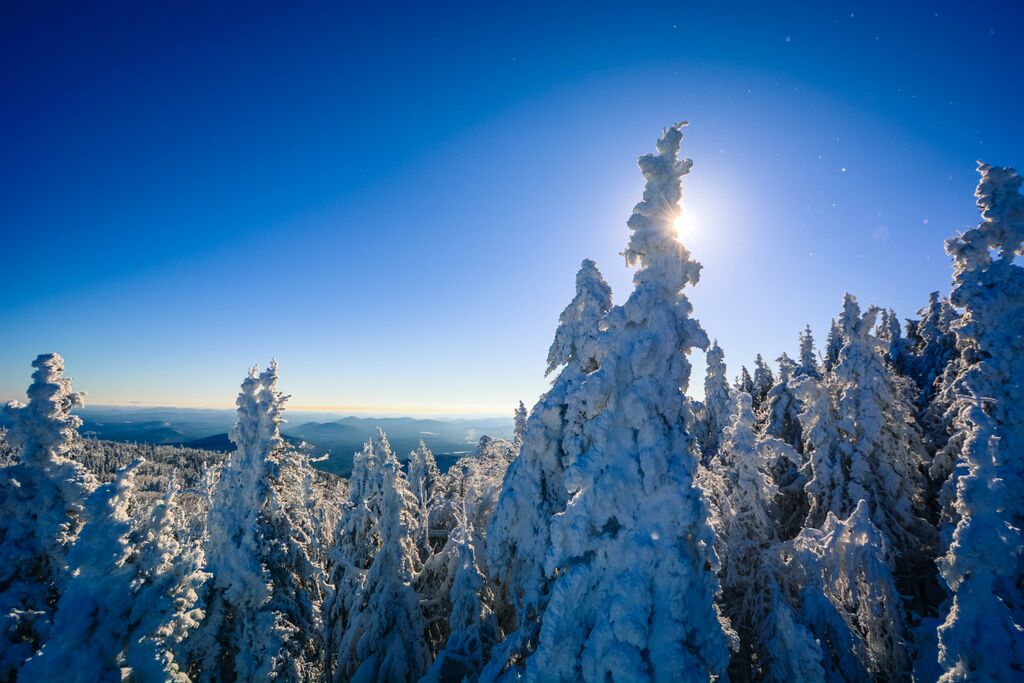 Steamboats were not the only Depression-era activity bringing people to the Adirondacks. Beginning in 1934, the Adirondack Railway carried winter sports participants to North Creek and the foot of Gore Mountain for a round-trip ticket price of $1.50. Skiers were kept safe at "old Gore" by one of the world's first ski patrols. The train served skiers heading to North Creek until the outbreak of World War II.

The possibilities for Adirondack entertainment morphed from rugged, outdoor recreation to family-friendly fun.

Amusement parks and theme parks were constructed next to highways. Storytown USA, built in Queensbury in 1954, was one of the first theme parks in the Adirondacks. Opened by local businessman Charles R. Wood, Storytown USA brought the stories of Mother Goose and other fairy tales to life. 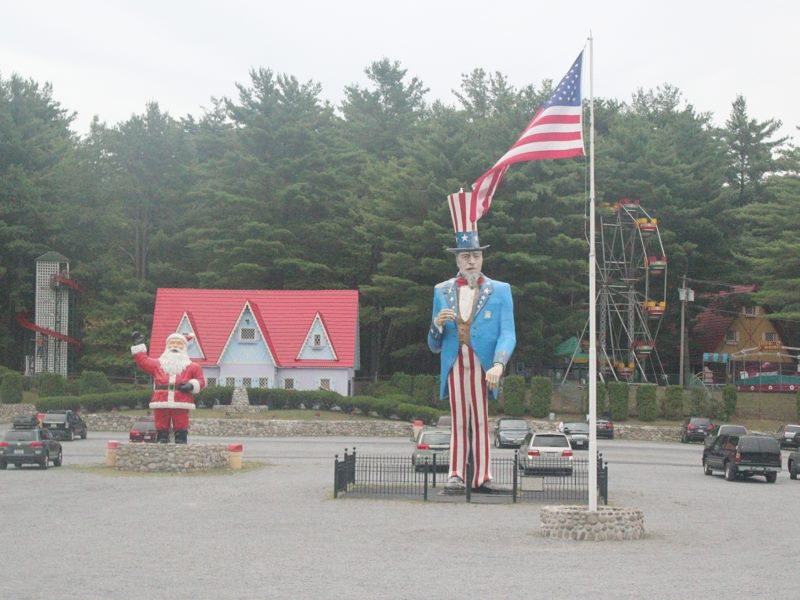 Magic Forest, built in Lake George in 1963, was another Adirondack theme park. The world's largest Uncle Sam statue welcomed visitors as they approached the parking lot on Route 9. Magic Forest, set in a rambling, wide-open woodland, featured statues of Paul Bunyan, Hansel and Gretel, and other characters from children's tales.

The Original Vacation has modernized since Murray penned his guidebook.

However, today's Adirondack Mountains have a lot in common with the Adirondacks of Murray's day. Small towns are still the norm, and locals still know best when it comes to the trails and waterways in the region. Hotel owners are still kind and welcoming, offering clean beds in beautiful locales. 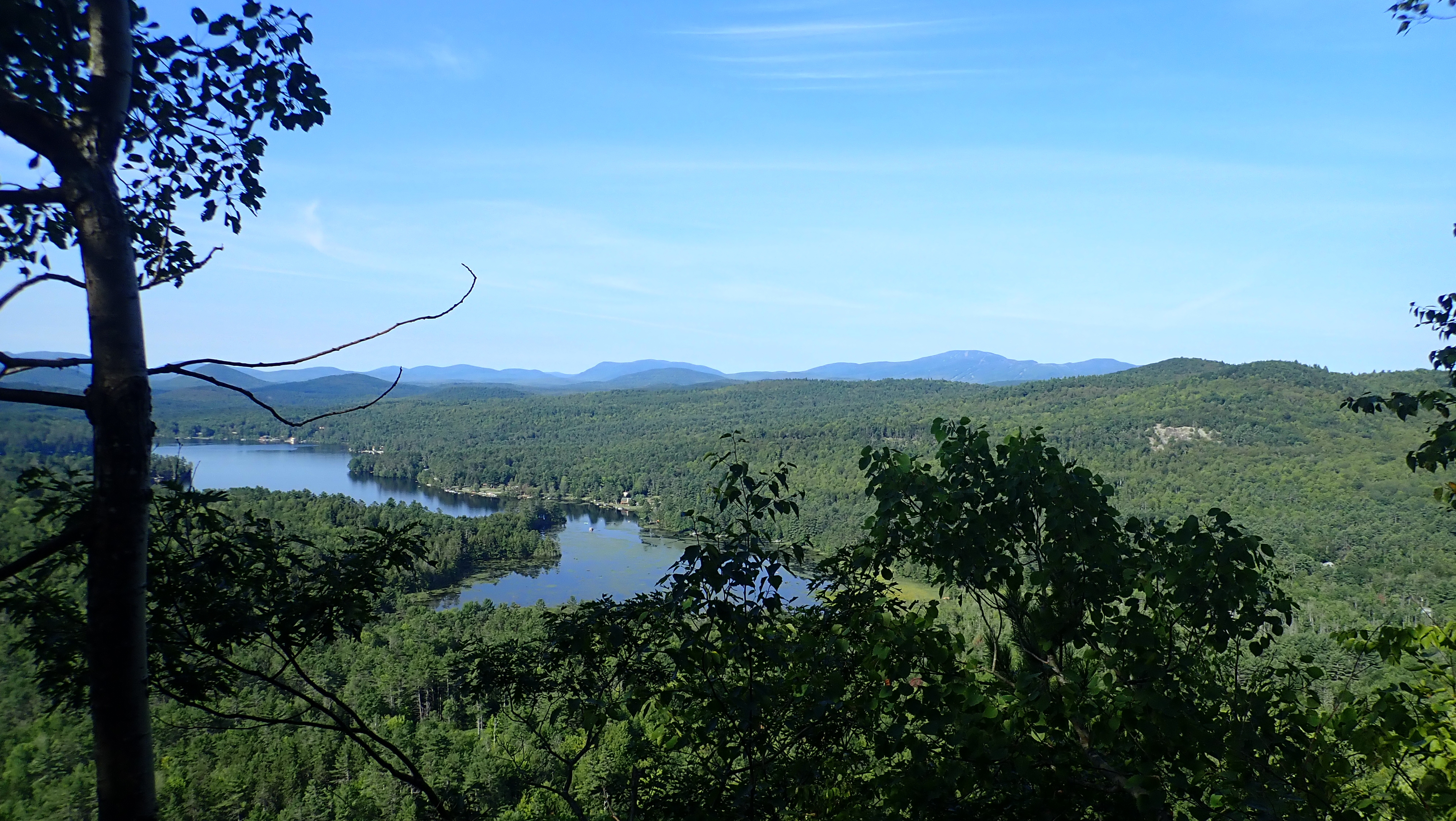 Those ready to explore the mountains and streams can still find a nearby trailhead and disappear into the wilderness. Trails range from tame pathways through the woods to challenging climbs that require endurance and planning. Most trails lead to gorgeous vistas that have remained unchanged since they were first ascended.

The fishing is still remarkable. Deep, clean lakes and silent, meandering streams are abundant in the Adirondacks. These waterways are teeming with diverse species of trout, bass, salmon, and panfish. Inexperienced anglers can still hire professional guides to help them land the fish of their dreams.

Camping is still common in the Adirondacks. Campers haul their RVs to lakeside sites and sleep in comfort, roughing it without giving up their Wi-Fi. Tent sites allow campers to build their home base and then head out to enjoy the area. Waterfront camping places tents next to the shore, allowing campers to fall asleep to the sound of a distant loon.

Lodging properties are still welcoming guests with open arms. Dozens of motels line the shores of Lake George, following route 9N into Bolton Landing and up to Hague. Rustic cabins and lavish Adirondack bed & breakfasts are tucked away in the fabric of quiet towns. The owners of these properties still strive for the same goal - providing a place for vacationers to escape to.

Steamboats are still traveling the waters of Lake George. Guests can enjoy full lunch and dinner cruises, or take a quick spin around the southern end of the lake, on several different boats out of Lake George Village. These companies also bring tourists out onto the lake on Thursday nights every summer to watch the village's famous fireworks show.

Gore Mountain is still a complete winter destination. Winter enthusiasts flock to Gore every winter to ski and ride long cruisers, steep black diamonds, and powder-filled glades. Nordic skiers and snowshoers use the trails of the North Creek Ski Bowl just as visitors did in the 1930s. 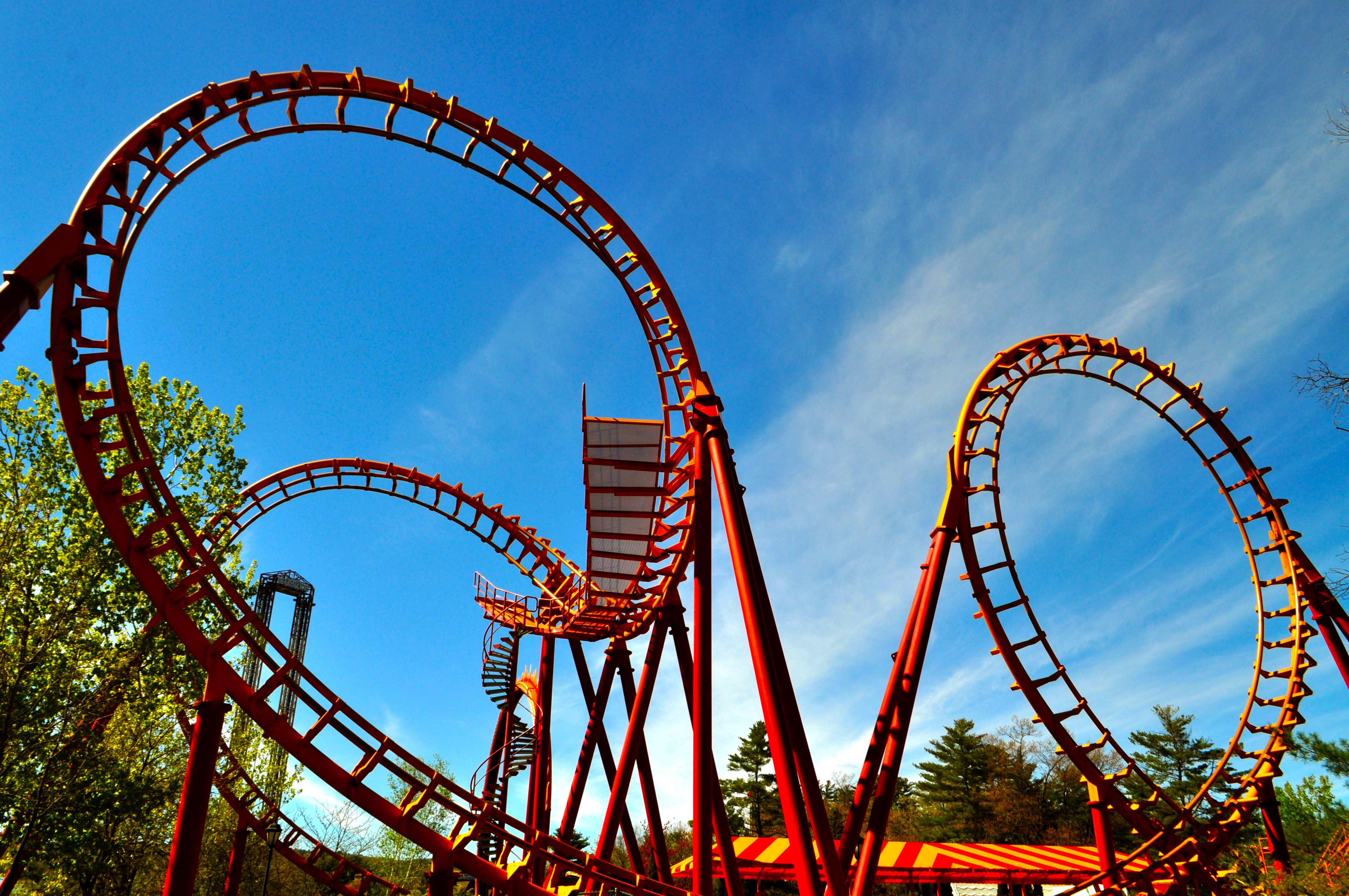 The amusement parks are still standing. The grandest is Six Flags Great Escape & Hurricane Harbor, which used to be Storytown, USA. Thrill-seekers can ride dozens of rides, attend riveting events, and cool-off in the water park. The world's largest Uncle Sam statue is still greeting visitors at Magic Forest and Adirondack Extreme Adventure Course allows adventurers to climb into the trees.

The Original Vacation began as an escape to a better place, where travelers could explore the great outdoors, develop new skills, and draw satisfaction out of self-reliance.

Much of that remains. The views after a long hike are still stunning, and the lakes and streams are still pristine. Now, there's even more fun and adventure to be discovered.

What are you waiting for? The Original Vacation is calling! 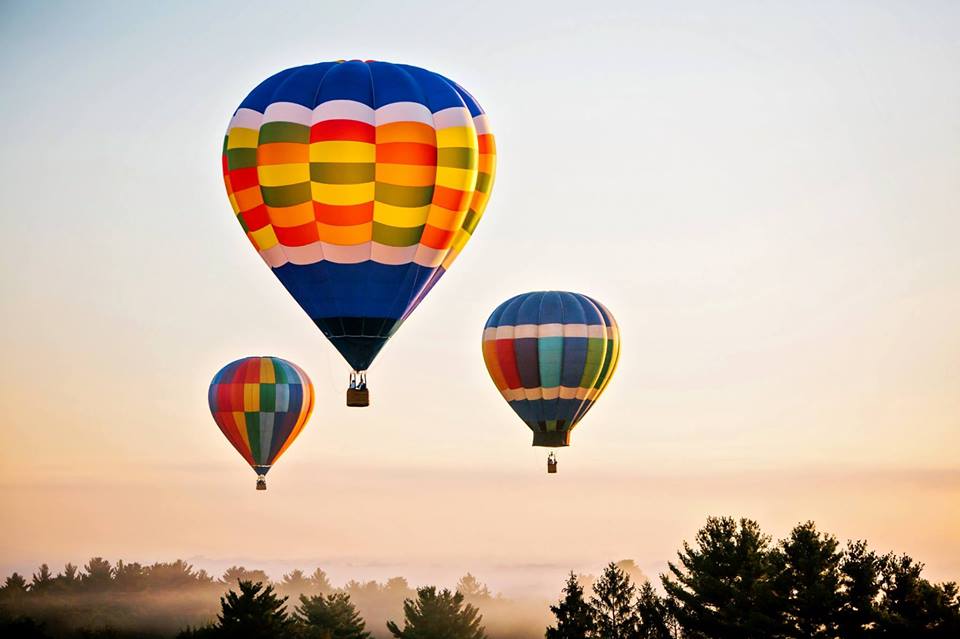