A Winter Walk at the Sullivan Preserve

An easy network of hiking and snowshoeing trails in Queensbury

The Lake George Area was blessed with the first warm spell of (almost) spring on a Thursday afternoon. Finally! The nearly 60-degree temperatures were melting towering snowbanks and revealing faded green grass that promised to grow again.

Since an Adirondack spring always brings some unwelcome snow, I wanted to get out and enjoy the warmth before it disappeared. I decided to hike the Sullivan Preserve, a new network of trails on Sullivan Road in Queensbury. I wasn’t sure what to expect, but it was too warm for a jacket, so I didn’t think I would be disappointed. 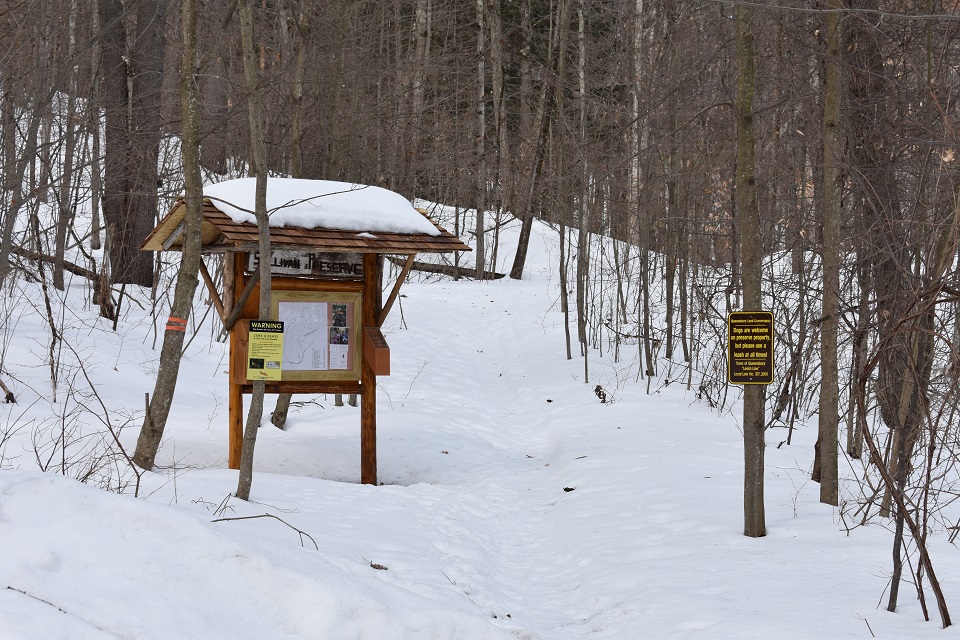 I followed winding Glen Lake Road, with the frozen water on my right, until I hit the Docksider, where I turned left onto Sullivan Road and found the trailhead. The Sullivan Preserve is a 2.5 mile, 70-acre property that was donated to the Queensbury Land Conservancy in 2018. It is a web of mostly easy trails, with a few sustained hills.

I pulled into the parking lot and walked over to the trailhead kiosk. The trail map showed 17 named trails, so I had to figure out a way to explore most of the preserve without hiking every single trail. 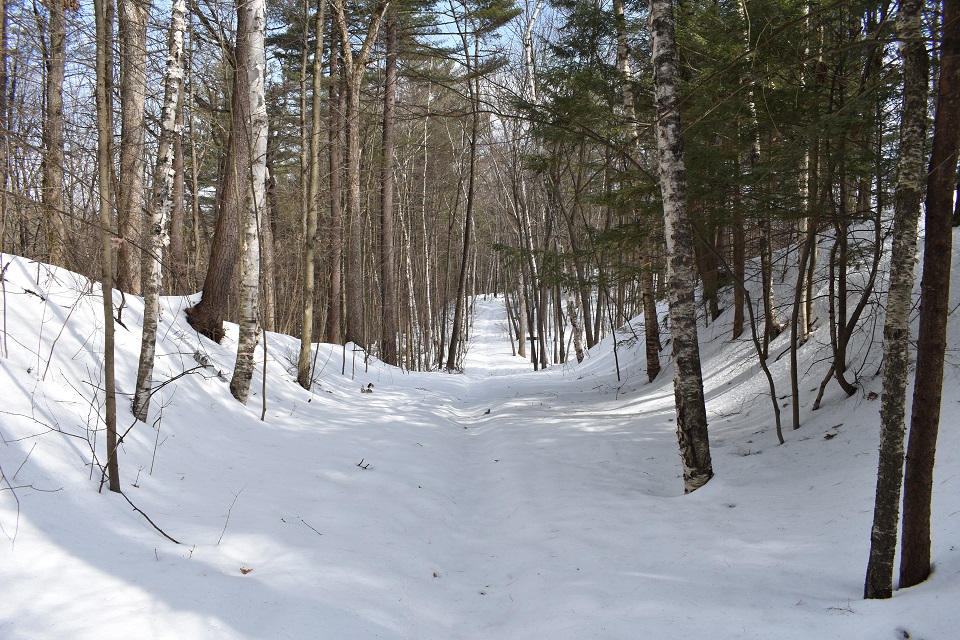 The trail split to the right and left, so I chose the right path and started walking. This trail was called KC’s Pride. It was covered in soft snow that was packed down but not recently walked on. The day was beautiful, the sky was gleaming blue, and the woods were alive with springtime sounds of chirping birds and rustling squirrels. There was no one in sight.

Seemingly without a transition, KC’s Pride turned into Maryann’s Moguls. Maybe without the sheet of snow, there would be an obvious reason for the trail change, or maybe the 17 trails are just a quirk of the Sullivan Preserve. The trail continued in slight inclines and declines. I passed Harris Hill on the right and instead turned left onto Dead Man’s Pass. Very spooky. 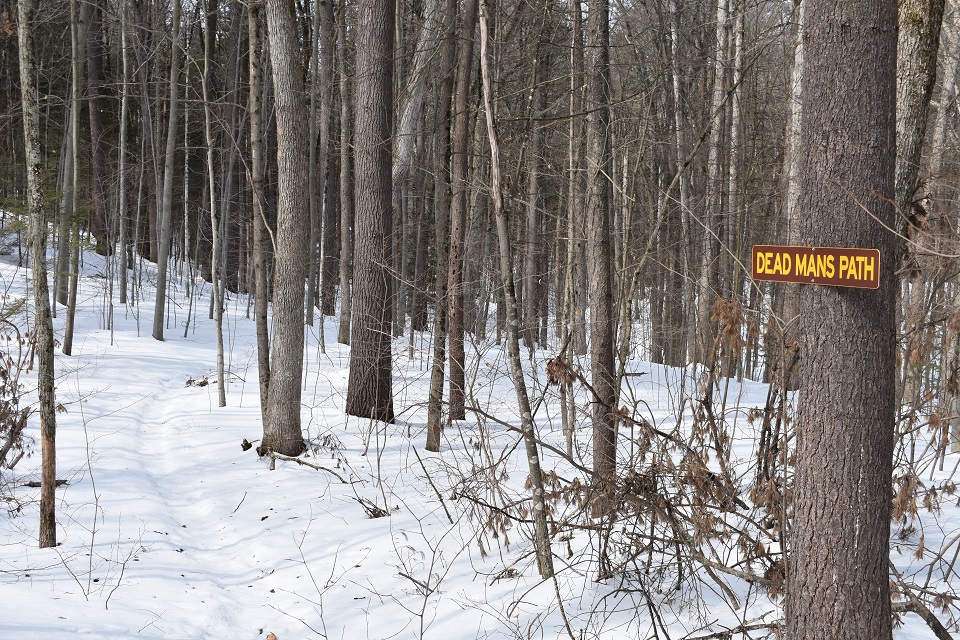 Dead Man’s Pass was a steep s-turn of a trail that dropped into a gully. Swamp Trail was a possibility to my right, but in an effort to stay dry I opted to remain on Dead Man’s Pass, which after a long straightaway merged with Gallien’s Glide. 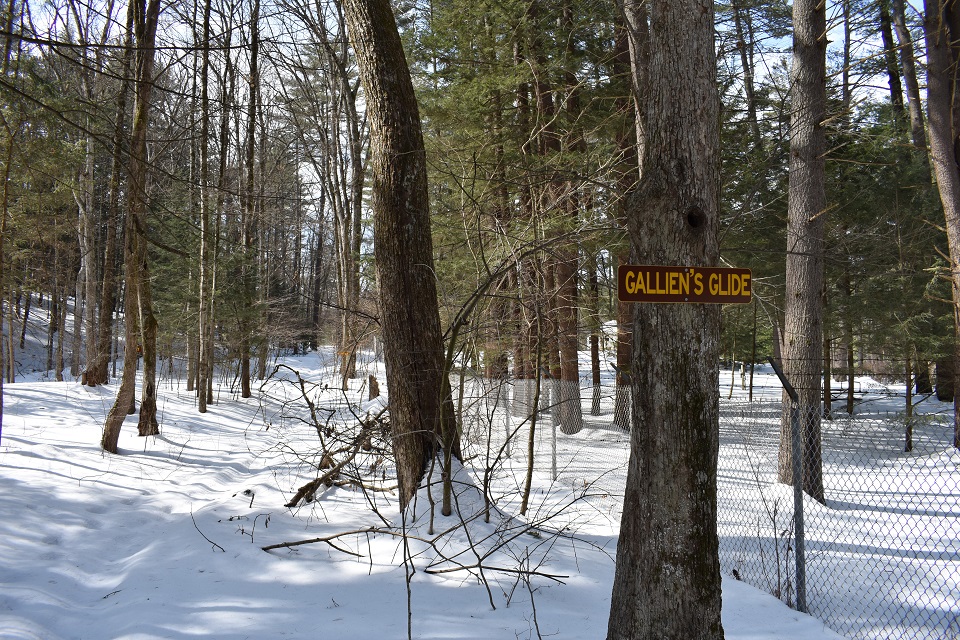 Chain link fencing blocked the right side of Gallien’s Glide. Somebody’s summertime mobile home getaway is on the other side of the fencing, secured from the snow with tarps. I followed the fence, sometimes very closely, enjoying the woods. When I saw Suicide Slide and the steep uphill it followed, I knew it was the next trail for me. 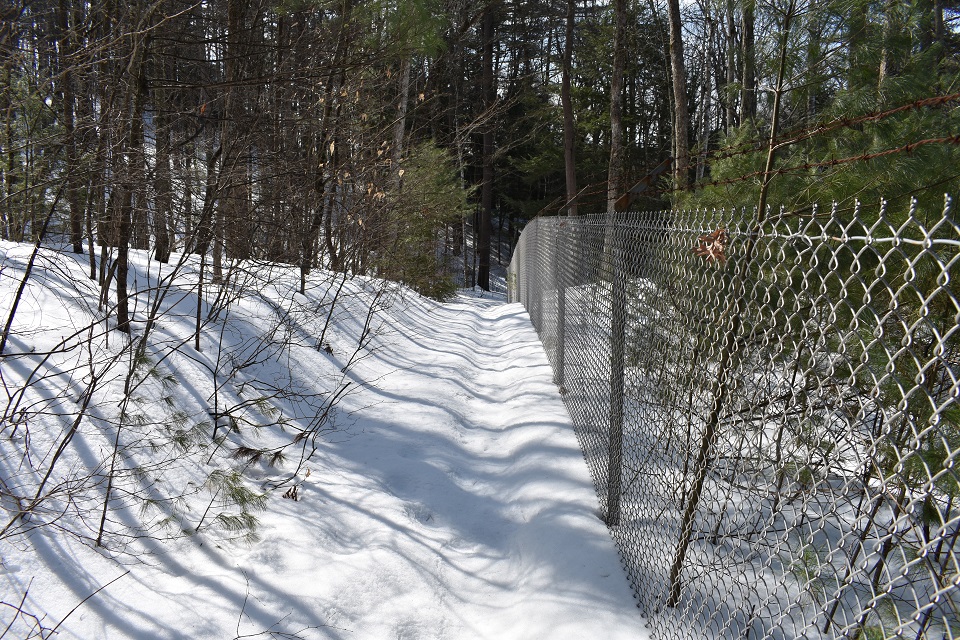 And steep it was. I had to dig my hiking boot heels into the softening snow so I didn’t slip. I was huffing and out of breath for the first time. By the time I reached the top, I was itching to rip off my jacket. The spring sun was blasting through the trees overhead. Huge pines loomed on both sides of the trail. 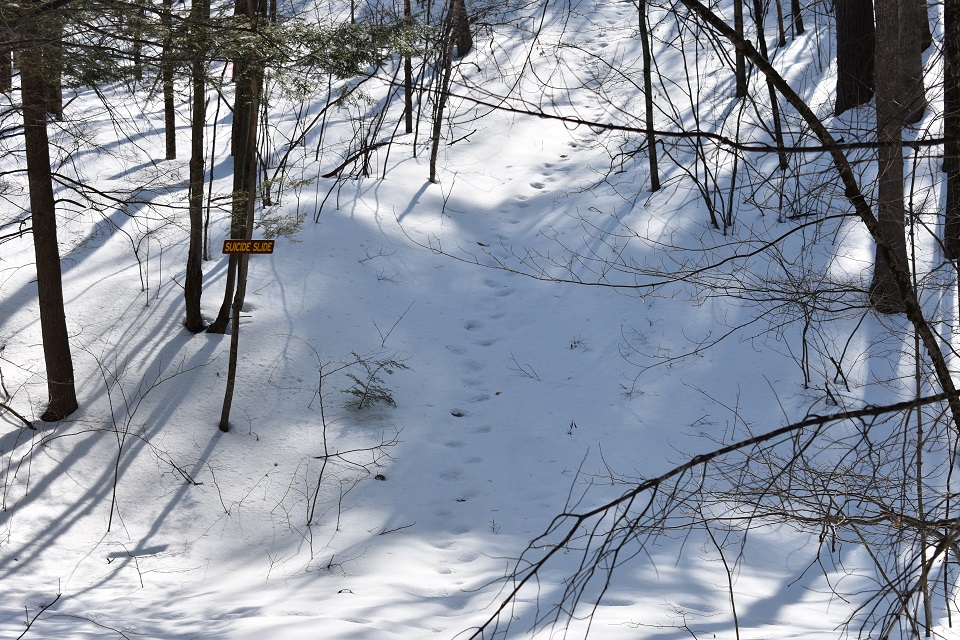 I stuffed my jacket into my backpack and looked around to find that I was on the Ridge Trail. I was standing on the highest point of the Sullivan Preserve and there wasn’t a view of Glen Lake. I started trudging downhill to my right and looking towards the water, but the few small windows to the lake were mostly obstructed. 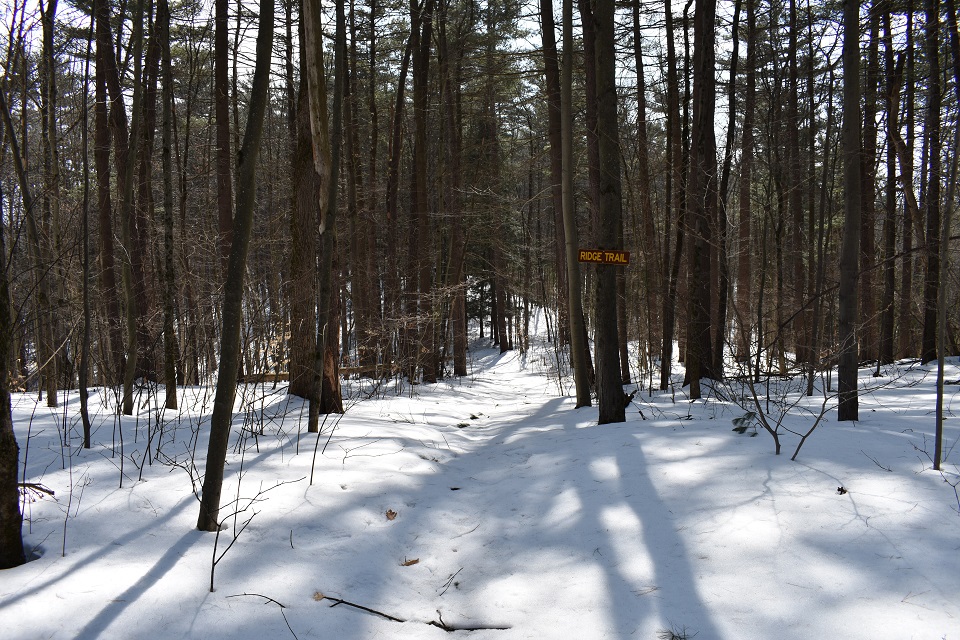 The Ridge Trail had a deep descent on both sides and seesawed up and down like spikes on the back of a stegosaurus. I was disappointed that the Sullivan Preserve didn’t culminate in a stunning view of Glen Lake, so when I met a trail named Short Cut on my left I took it hoping it would lead back towards the trailhead. Before long I was back in the parking lot.

The Sullivan Preserve was a fun winter hike that’s ideal for snowshoers and even cross-country skiers. The trails may be easier to follow in the warmer months when they’re more obvious. There aren’t any trailmarkers, but it’s unlikely anyone would get lost in the preserve. I’d rate the Sullivan Preserve as an easy hike, with a few moderate hills to conquer. Beginners, kids, and dogs will love it. 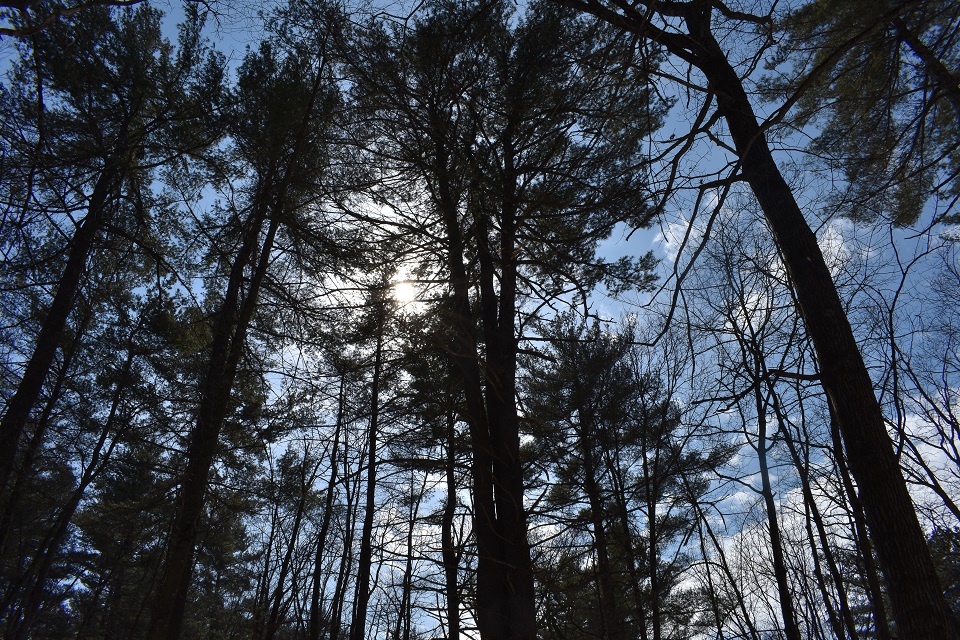