A moderate hike to beautiful views of distant mountains

New trails aren’t common in the Adirondacks, so exploring a newer one is a fun experience. The Potash Mountain Hiking Trail is one of these rare, relatively new trails. The bald southern face of Potash is a common sight in Lake Luzerne, but the state-owned summit was landlocked until recently. Thanks to a donation of land that is now known as the Harris Preserve, Potash Mountain is open to the public. 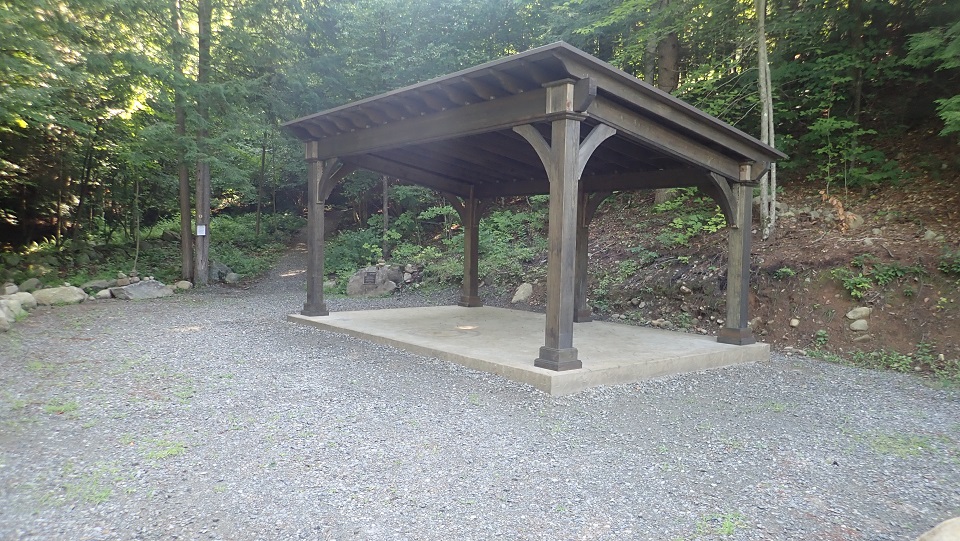 I drove to Lake Luzerne around 9 a.m. and parked in the large gravel parking lot at the base of the Harris Preserve. A covered patio-like structure and a clean portable bathroom in the lot automatically vaulted Potash into one of the top five trailheads I’ve encountered. There was only one other car in the lot. I grabbed my pack and camera and hit the trail.

The first third of the trail was easy. A four foot wide path of crushed stone wound through tall trees. There were a few gradual rises in the trail, which seemed perfect for an early morning jog. The forest was dark and damp with brief glimpses of sunlight bursting through the foliage overhead. All was quiet other than distant scream of a chainsaw. 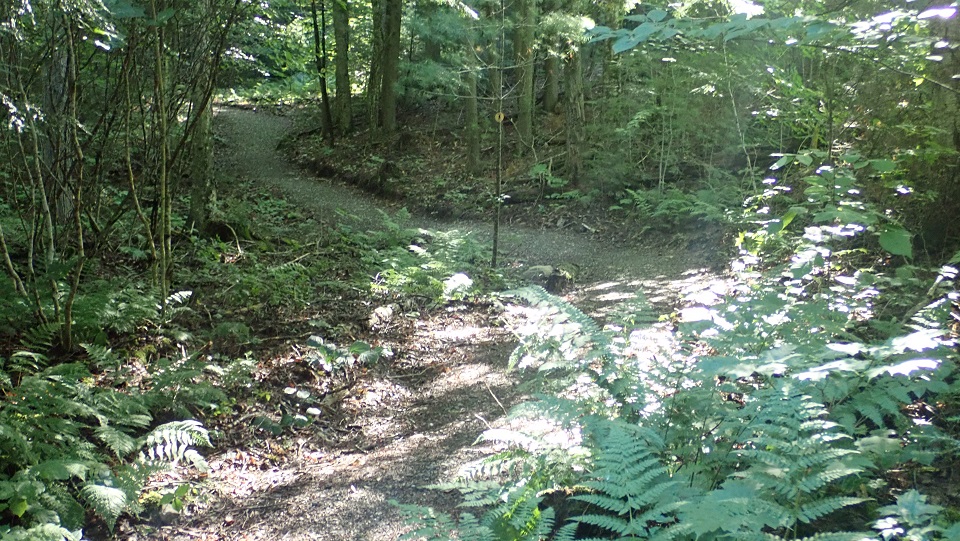 The crushed stone morphed into typical mud and rock after a while, but the walk in the woods was still easy and pleasant. Grey markers made the already obvious trail extremely easy to follow. A sign that read “Nature Trail” came into view on my right. It led over a bubbling brook and snaked into the woods. I chose to stay on the grey trail and continued walking. 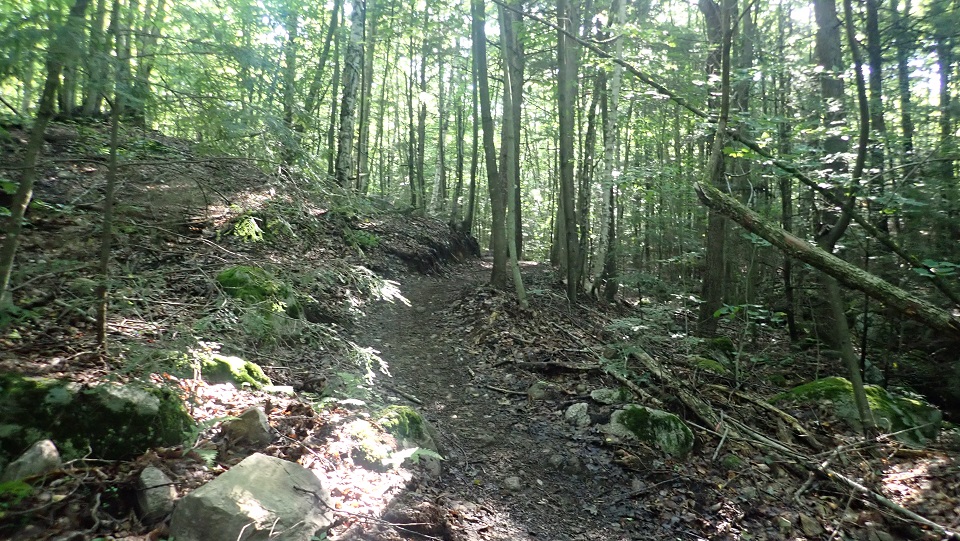 The trail continued to wind through the trees like a dog that caught the scent of a whitetail deer. The other end of the Nature Trail came into view on my right. Before long, I came to a sign posted on the trunk of a tree. It urged hikers to stay on the trail, as it was bounded on both sides by private property. It also said that in 1,000 feet the Harris Preserve ended and New York State land began. 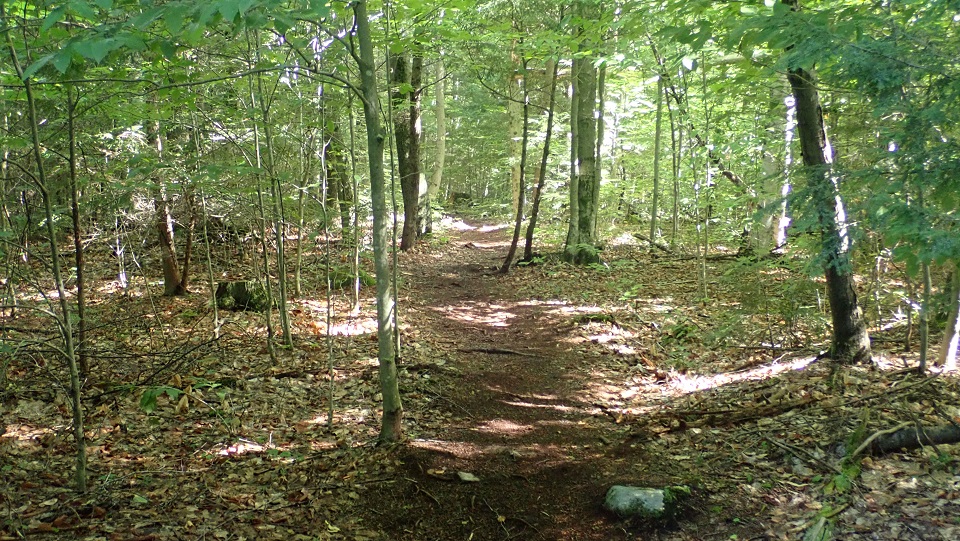 Most of the remaining trek was uphill. Green ribbon hung from trees marking the dirt-beaten path. Rocks and roots stuck out of the mud like hands reaching to grab a hiker’s boot. Two halves of a tree served as a wooden bridge spanning over a muddy creek bed. Before long, I was on New York State land. The trail continued to climb. 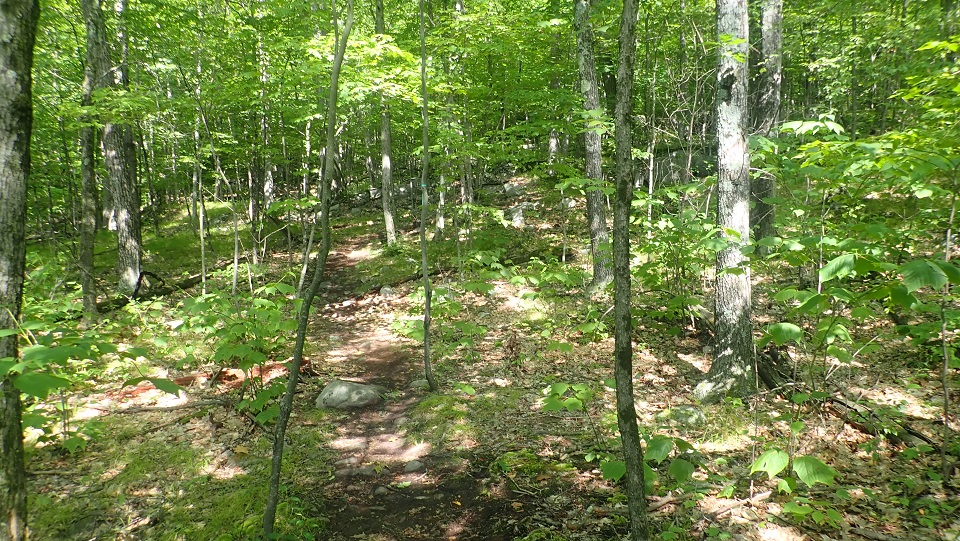 An obvious trail turned into rock scrambles and switchbacks. The trail was tight and narrow in places, with steep drops off the left side and tall cliff faces on the right. I wouldn’t want to be on this trail without spikes in the winter, because a fall would definitely hurt. 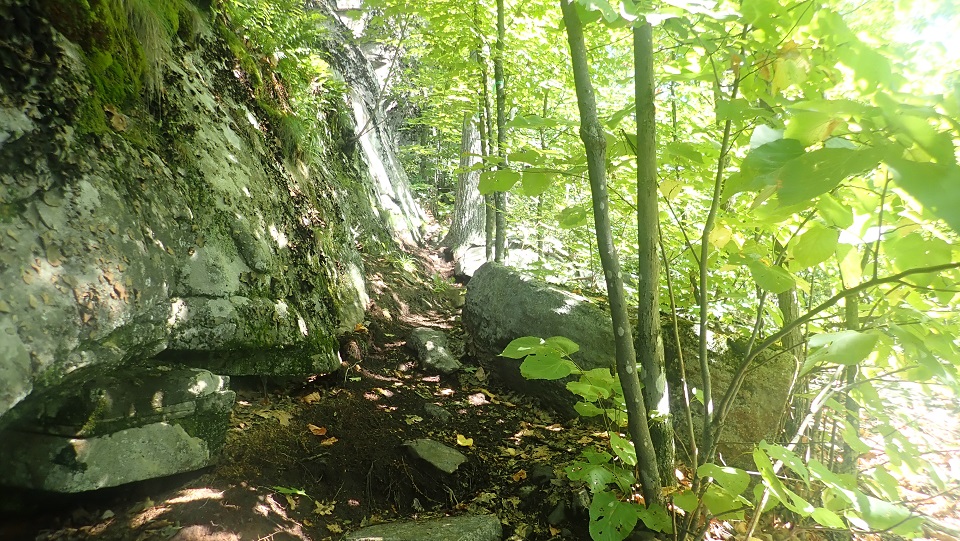 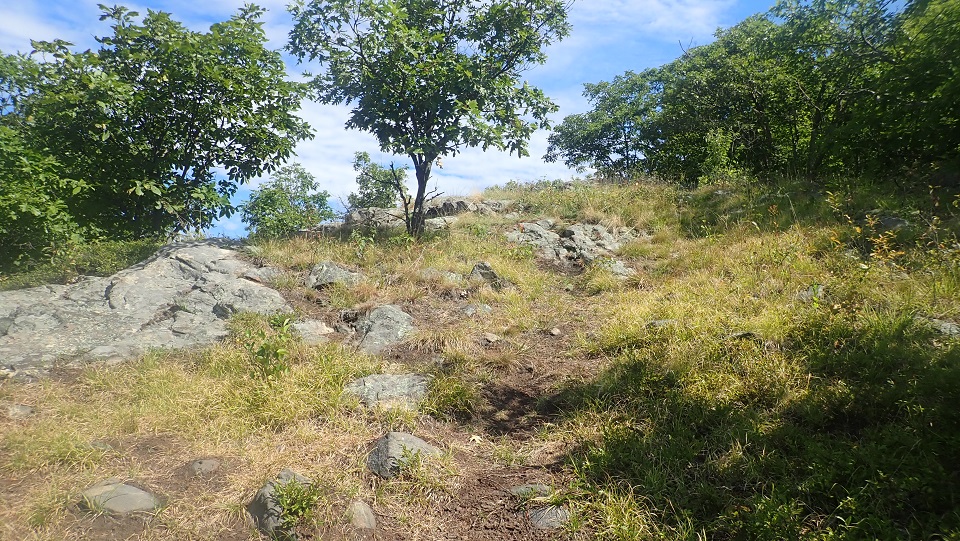 After many cautious steps and a few moments where I had to stop and search for the next trail marker, I found the summit of Potash Mountain. It’s huge, bald, and wide open, with plenty of places to sit and eat lunch. Those who have hiked to the summit of Cat Mountain in Bolton Landing, or Buck Mountain overlooking Lake George, will know the type. The view was beautiful. I couldn’t identify any of the distant mountains, but I could see for miles. Below and to the left was a slice of either Lake Luzerne or Fourth Lake. I hung around up top for a few minutes, soaking in the warmth and sunshine. The day was going to be hot, so I finished my bottle of water and started trekking down. 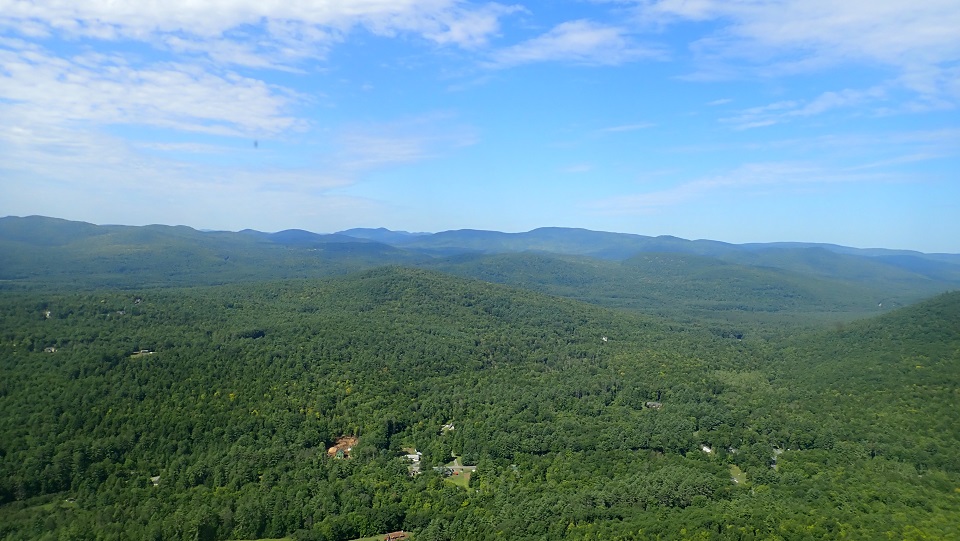 Potash Mountain is a moderately difficult hike. It may not be a good choice for groups with kids or dogs due to the rock scrambles. Experienced hikers and those who know the Lake Luzerne area will love the stunning views from the summit.