A short, easy hike to a lookout in Bolton Landing

Not every hike in the Lake George Area offers a stunning view of Lake George. That’s okay. There’s a collection of trails throughout the region that bring adventurers to vistas highlighting other aspects of the Adirondacks. One of these trails is the Godwin Preserve, a Lake George Land Conservancy managed trail a short drive from the bustling town of Bolton Landing. 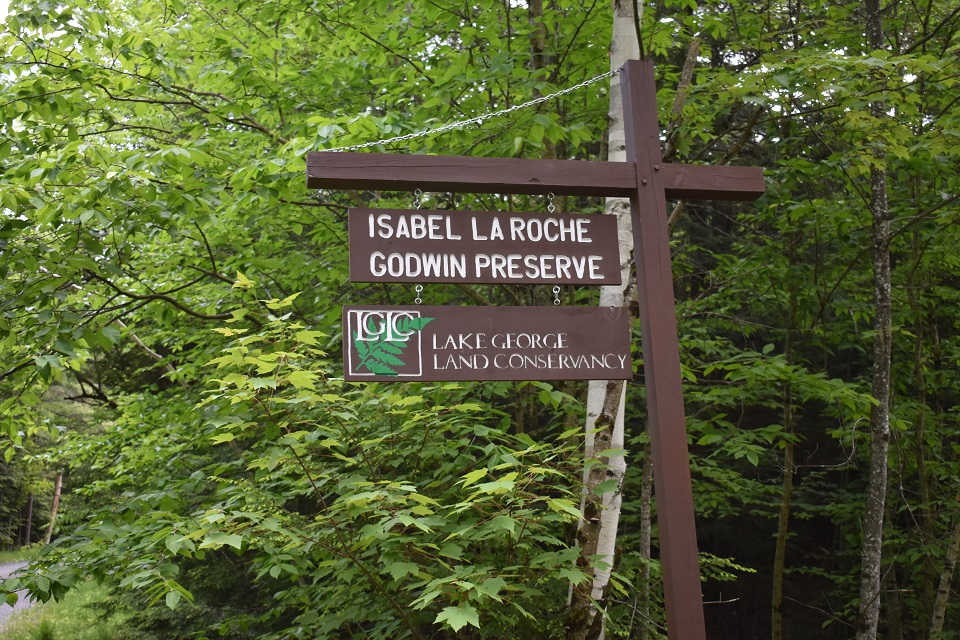 I drove winding Padanarum Road until it turned to stone and pulled off at the Godwin Preserve parking lot. It’s small, and the lot was overgrown with green weeds, so I parked on the shoulder. The mosquitos assaulted every square inch of bare flesh as soon as I stepped out of the car. One of the downsides of hiking in June. 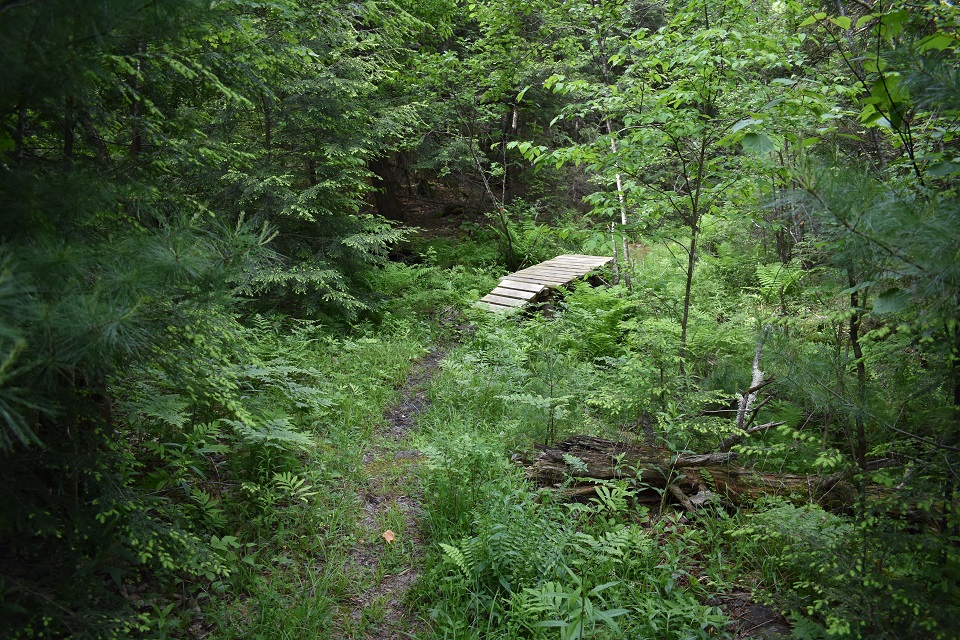 After signing into the trail register I started walking down the red trail. It was narrow and overgrown, unlike a lot of the more popular trails in the Lake George Area. The tree cover overhead made the forest dark and gloomy. The trail was wet, so I did a lot of puddle jumping. A wooden bridge spanned over a soft, muddy spot. 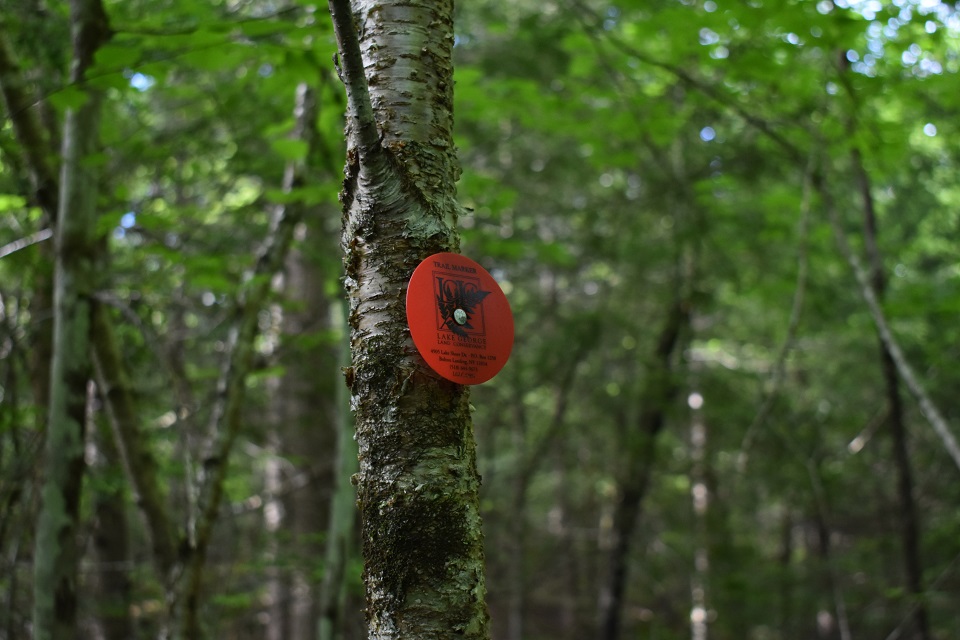 The mosquitos were horrendous, so I made sure I kept moving. Luckily, the Godwin Preserve doesn’t have much of an elevation gain, so there was no need to stop and rest. The woods around the trail were thick, and the noise of cars was erased by the chatter of birds and the skittering of other small animals. The red trail was well-marked, but since the trail itself seemed to blend into the forest, I occasionally had to stop and reorient myself. 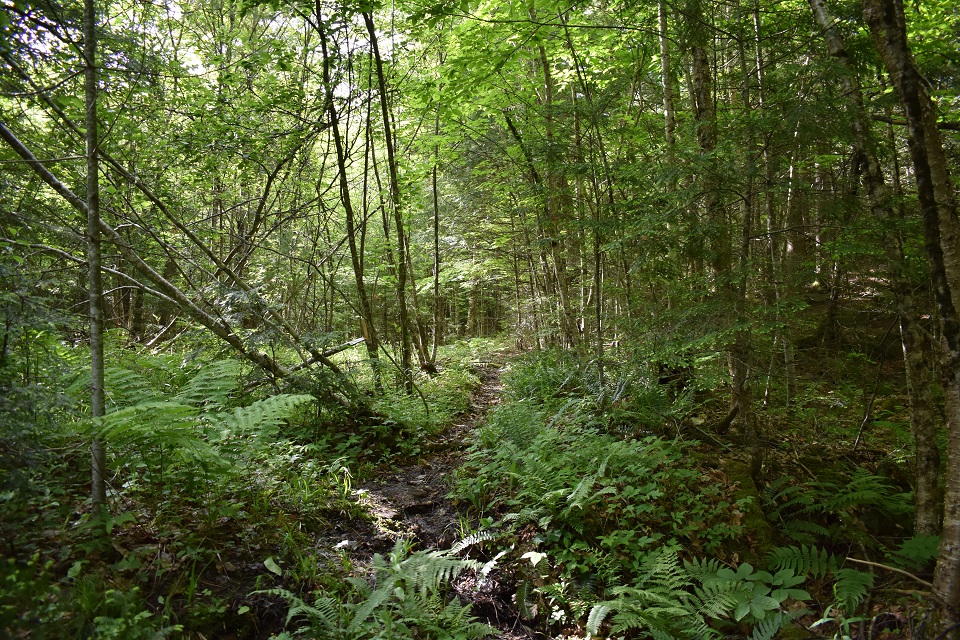 The Godwin Preserve has a few short and steep hills, but it’s mostly flat. As I was walking along, I looked down and saw a red-spotted newt. I was able to avoid crushing it. I stopped to take a few photos and realized there were several of the bright orange newts crawling among the damp, downed leaves. I took a picture then kept following the red trail, now winding uphill on a narrow path. 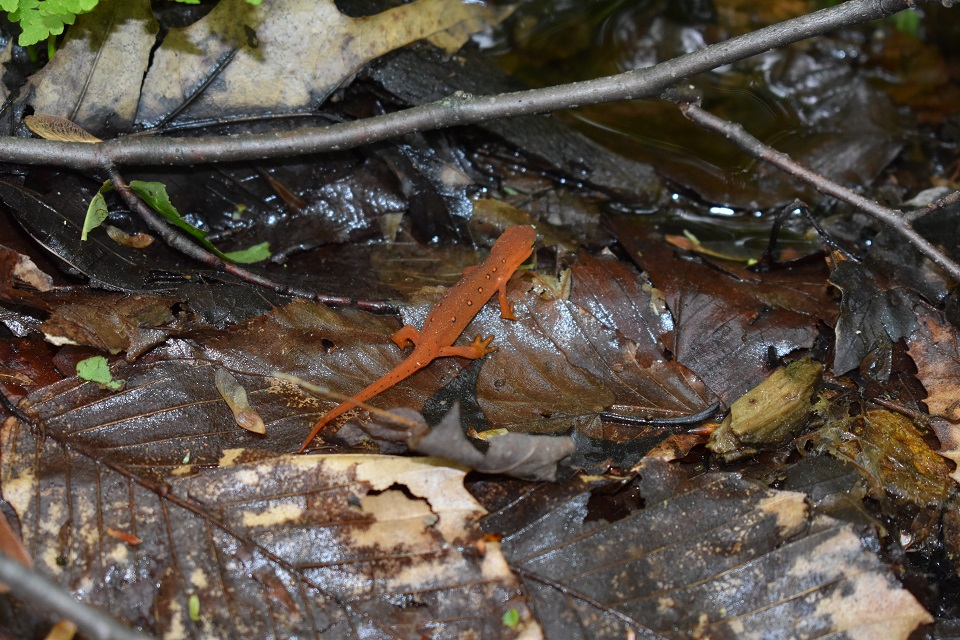 Eventually, I came to a junction with signs that pointed toward Pole Hill Pond and the lookout. Those looking for a longer hike could remain on the red trail for another 0.5 miles, finding themselves on Pole Hill Pond’s blue trail. I took a left and started trudging uphill to find the lookout. 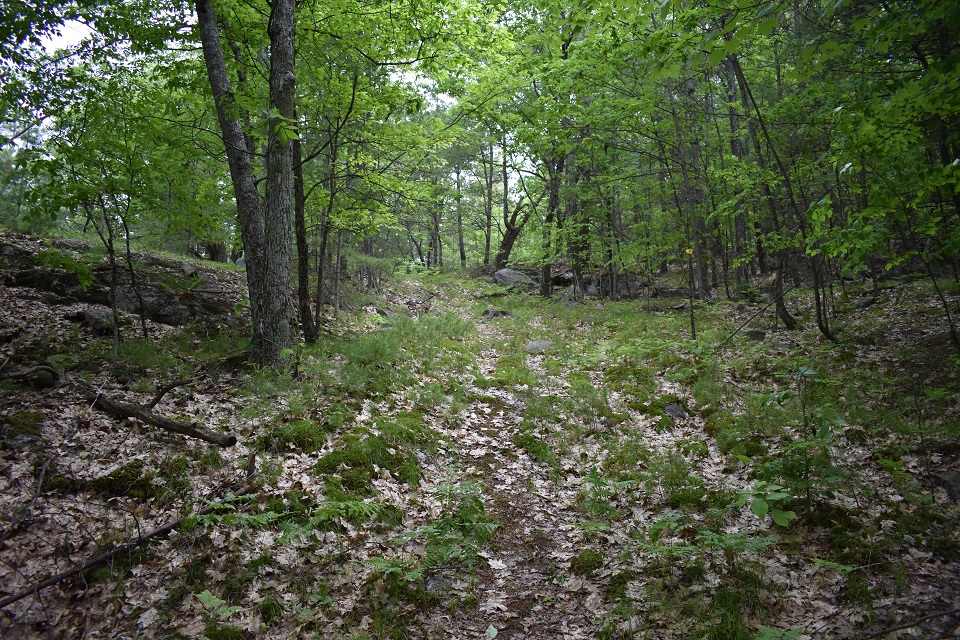 After a short incline, I arrived at a small clearing. The forest opened up, and the sun was able to light the trail more than it had below. The clearing offered a solid view of a few nearby mountains, the most notable being High Noppit, and the wetlands of Amy’s Park below. 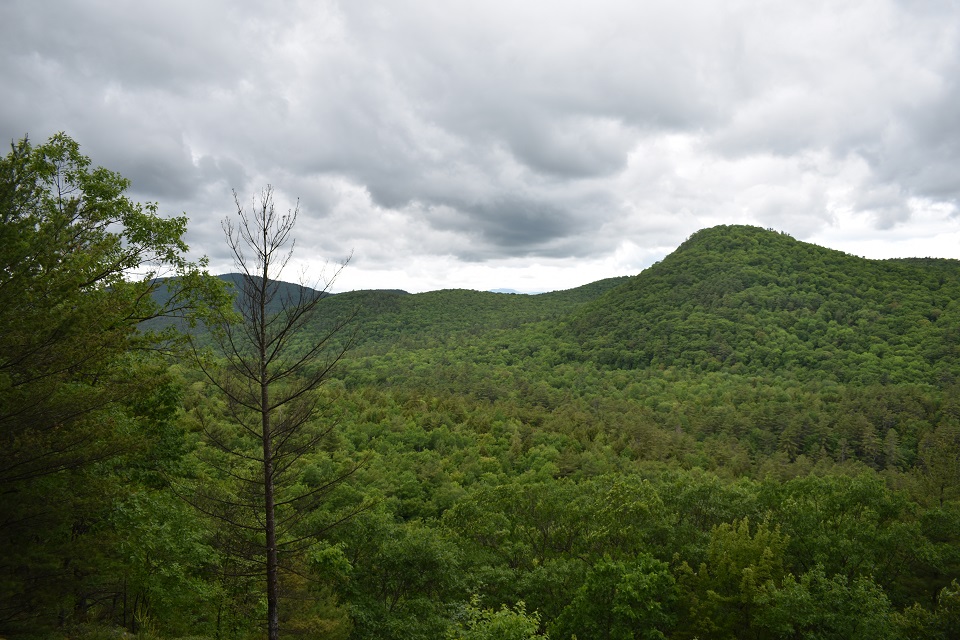 The Godwin Preserve is an easy-to-moderately challenging hike. There are a few steep portions, but the hike is short overall and the climbs won’t wear most hikers out. Those searching for more of a longer hike should try Pole Hill Pond or Amy’s Park.