Despite a light rain and thick cloud cover, I decided to drive to Bolton Landing to explore Amy’s Park. This short trail maintained by the Lake George Land Conservancy is located next to the Godwin Preserve, making the area a compound of hiking goodness. I pulled off on the side of Trout Falls Road, parked in the grass, and headed for the southern portion of the red trail. 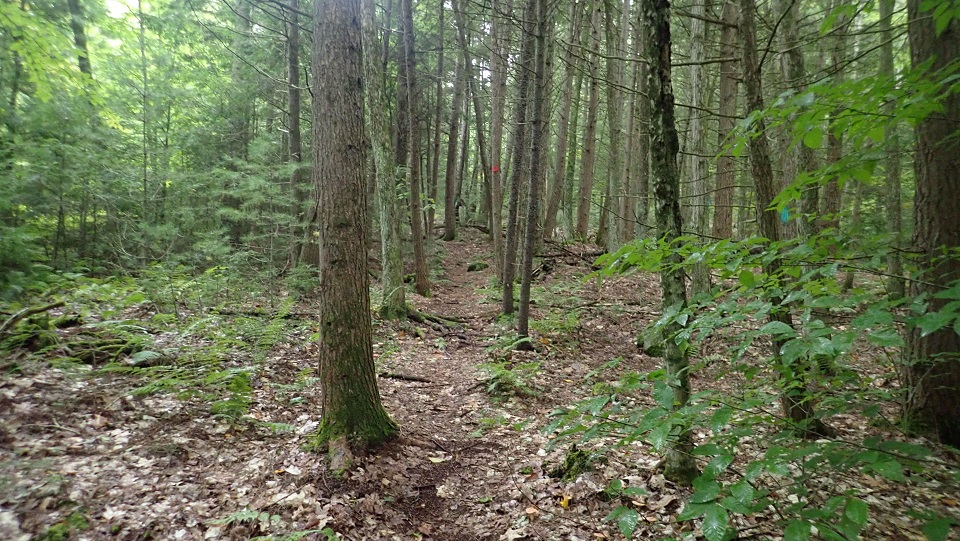 The trailhead was dark, leading into a thick, foreboding wood. The trail began as a narrow path winding around tall trees. Roots and leaves covered the trail. As soon as I got underneath the canopy of the mixed-tree forest the rain stopped landing on my face.

The forest was damp, with bright green ferns and mossy rocks never far off the trail. It stayed mostly flat for a stretch with bright red trail markers leading the way. The flat trail soon began to climb. A few narrow switchbacks, the turn marked by double red trail markers, led to the top of the first sloped ridge. I almost stepped on an Eastern newt crawling along the middle of the trail. 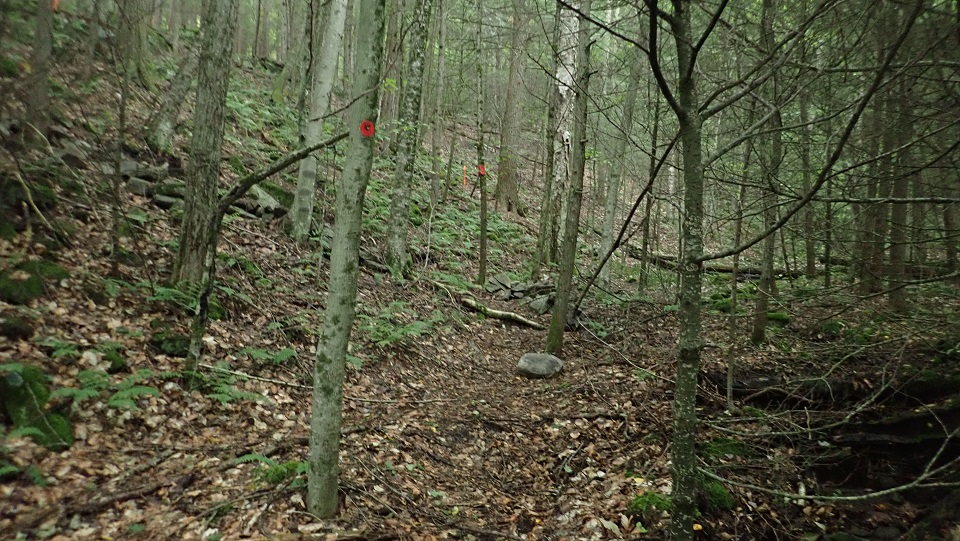 Other than the constant raindrops on the forest canopy above, the woods were silent. The trail continued to climb and then flatten out, making for a relaxing hike. Orange ribbons tied to tree branches were always visible along with the bright red trail markers. It would be tough to get lost in Amy’s Park. Turquoise paint marked the boundaries of the property on the right side of the trail throughout the hike.

A short but steep downhill was followed by the only trail junction on the red trail.  A red sign that read “Ledge” and pointed to the right sent me uphill and in the correct direction. I turned right, carefully chose my steps on slick rocks, and lifted my feet high to climb over downed logs. 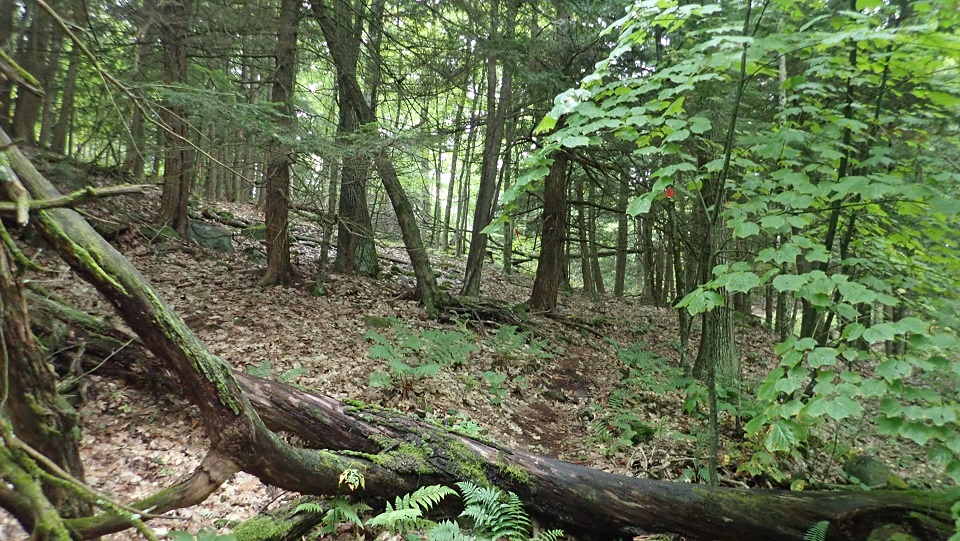 What followed was the steepest portion of Amy’s Park. I trudged to the top of the final hill, looking towards the left where the forest opened up to beautiful sunlight. After a quick downhill I arrived at the summit. A square “End of Trail” sign made sure I didn’t go any further.

The view from the summit of Amy’s Park is one you don’t often see. The Godwin Preserve, and the ledge at the top of that hike, is visible to the left. Ranging right is towering High Noppit, and a small glimpse of Lake George is in the distance. I hung around for a while and admired the view before walking back to my car. 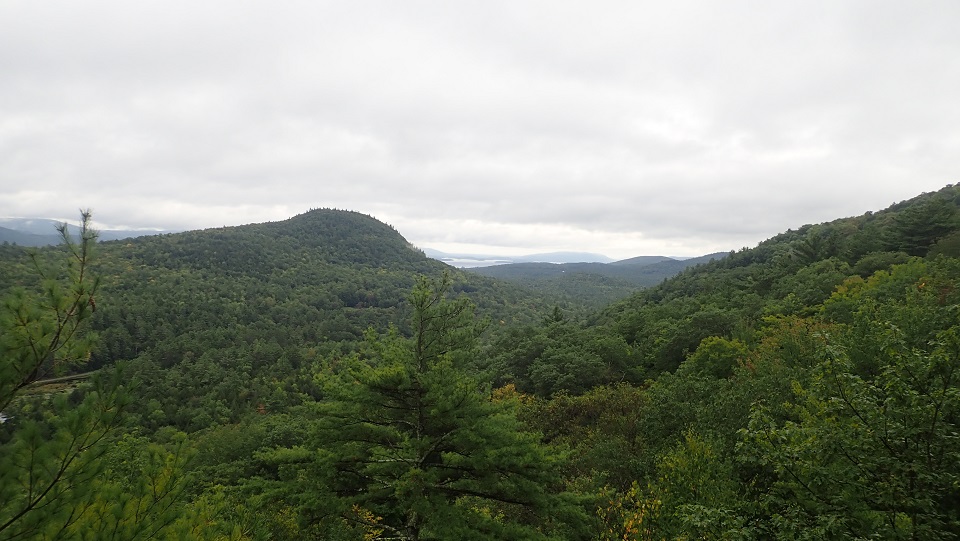 The red trail of Amy’s Park is a short, mostly easy hike. A few quick hills will start your heart racing, but no part of the hike is overly difficult. If you want to explore a lesser known trail only minutes from the heart of Bolton Landing, give Amy’s Park a shot.