As the Americade Rally shows year after year, this region is filled with options for enjoying the vistas from the seat of a motorcycle. We’ve taken the liberty of providing five different routes for motorcycles, all clocking in around the 60 minute mark. Have fun, be safe, and we hope you enjoy the ride.
Related Articles

• Left on Rt 8 at Hague, through Graphite, along Brant Lake to Schroon River Road, just before the Northway

• Left on the Schroon River Road to Rt. 9 in Warrensburg

• Left on Rt. 9 South back to Lake George Village 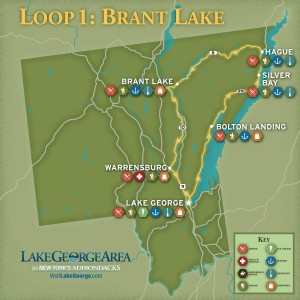 • Leave Lake George Village and head North on Rt. 9N along the lake to Bolton Landing

• Just North of Bolton Landing, take a left on Rt. 11 to riverbank on the Schroon River

• After visiting the general store in Adirondack, return the way you came to the East Shore Road, take a right in Pottersville

• Continue on Rt 9 South back to Lake George Village 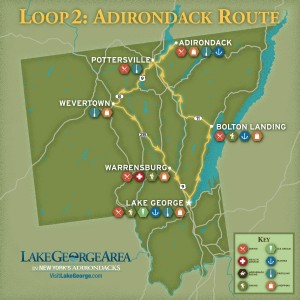 • Head North from Lake George Village on Rt. 9 through Warrensburg to Chestertown

• Continue on Rt. 9 Along Loon Lake to Pottersville

• In Pottersville, bear left on the Olmsteadville Road

• Bear right on Rt. 9 through Warrensburg and continue south back to Lake George Village 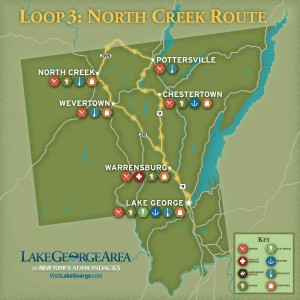 • Head North from Lake George Village on Rt. 9 to Warrensburg

• After you cross the Hudson River and train tracks, take a left on Rt. 3 to Stony Creek

• In Hadley, go left across the Schroon River to Lake Luzerne

• Take a left on Rt. 9 back to Lake George Village 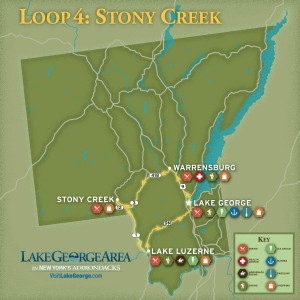 • Continue on Rt. 254, across the Northway, through the roundabout, and to the stop sign on West Mountain Road

• Take a left on West Mountain Road, heading South to the stop sign at Corinth Road

• Continue on Corinth Road, over the mountain to the stop sign at the East River Road

• Follow the East River Road to the right, along the Hudson River to the village of Lake Luzerne ant Rt. 9N (by Stewart’s)

• Left on Rt. 9 back to Lake George Village 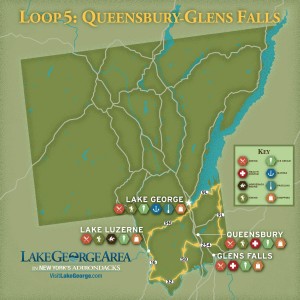