Baseball is America’s pastime. The combination of summer heat, a juicy hotdog, an ice cold soda or beer, and the sound of a bat hitting a baseball are the ingredients of many an American summer. 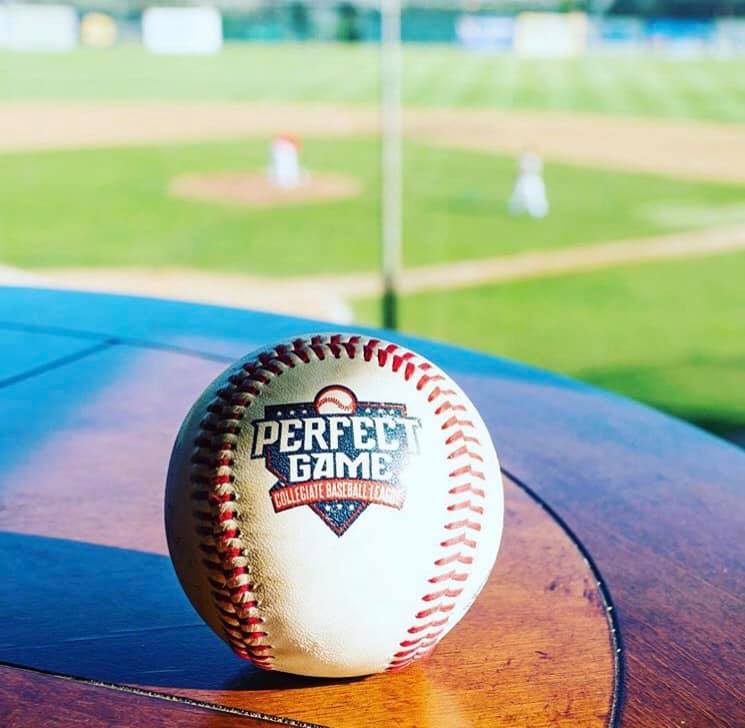 Baseball fans visiting the Lake George Area can incorporate this beloved game into any summer vacation. The Glens Falls Dragons, part of the Perfect Game Collegiate Baseball League (PGCBL), play at East Field only a few short miles from downtown Glens Falls. A Glens Falls Dragons game is an exciting and affordable way for the entire family to experience quality baseball action.

Being a huge baseball fan myself, I decided to catch the Dragons at East Field on opening night. We parked in the jammed lot and scurried in a few minutes before the first pitch. Tickets are only $5 for adults and $3 for kids 12 and under.

East Field was relatively busy. Dozens of kids in their little league uniforms tossed baseballs back and forth, ignoring their scolding parents. Families stood in line at the concession stand, waiting to buy the first ballgame hotdog, hamburger, or basket of chicken fingers of the summer. Others sat at picnic tables, munching on golden-fried French fries or sipping on a cold soda. A long line of kids waited to take their turn hopping around the bounce house. The friendly feeling of community at the park was palpable. 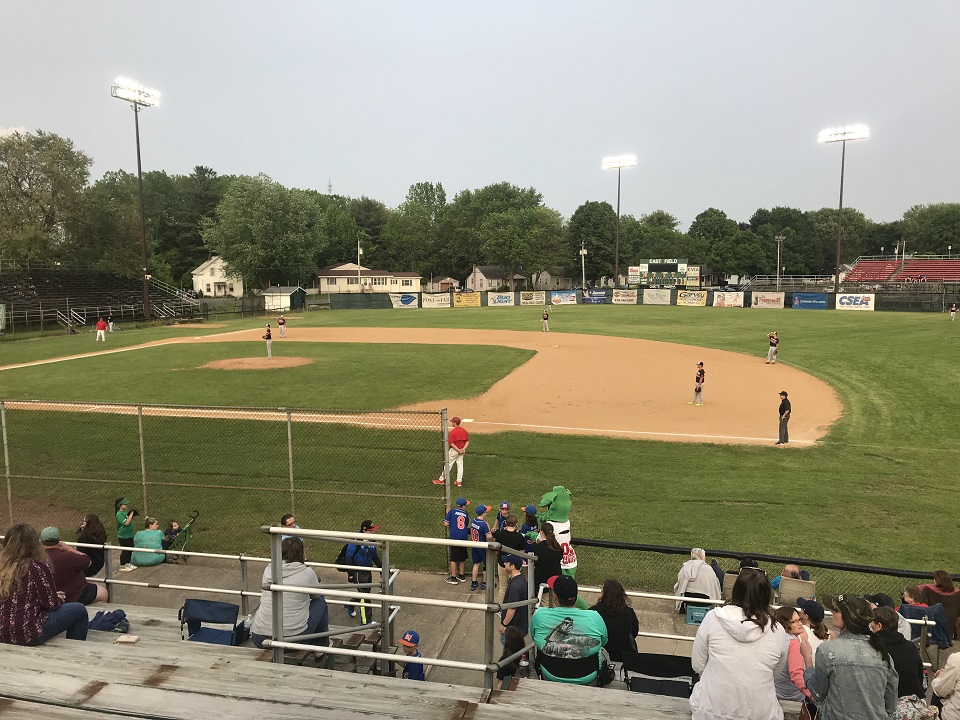 We wound through the crowds, avoiding the little leaguers crawling around like ants, and stood in the beer line. After we each had cold beer in red solo cup in hand, we walked over to the first base-side bleachers and climbed the stairs to bench seats midway up. The Dragons’ starting pitcher was standing tall on the mound, ready to throw the first pitch of the season.

The game was on, and the fans were lively. Opening night had drawn a solid crowd to East Field. Most of the attendees were sitting on the faded bleachers behind the Dragons’ dugout. As the first inning progressed, the bleachers started to fill up. A mix of young families, teenagers, adults in their 20s and 30s, and older couples made up the crowd. Many brought folding chairs and parked them field-level on the sidewalk. 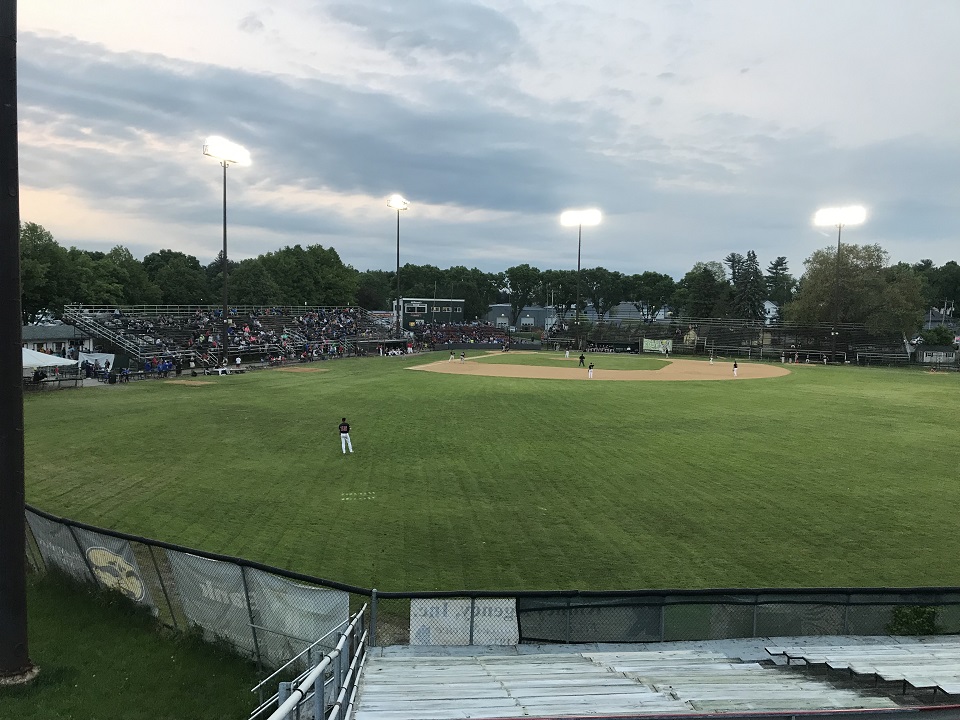 The baseball was fast and crisp. The innings flew by, even after the Dragons gave up a few runs. Many find baseball to be boring, but not at East Field. There’s little downtime between innings, and the pitchers worked quickly and threw strikes. Some fans didn’t have their heads completely in the game, enjoying the company of their friends and families. A Glens Falls Dragons game is a community event, and people spent a lot of the game catching up, telling stories, and laughing. A few hard-hit line drives and lightning-quick stole bases ensured everyone was paying enough attention. 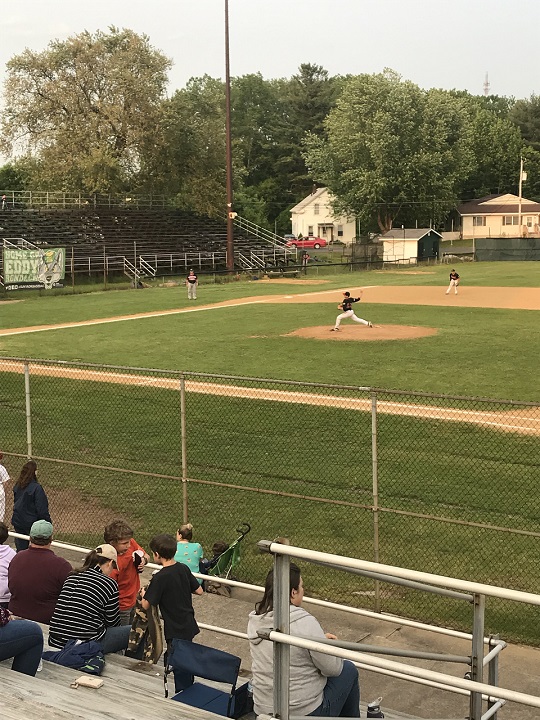 Fan fun and engagement was off the charts. During the middle of the third inning, two lucky kids played dizzy bat on the first base line, spinning in circles with their forehead on the bottom of the bat handle, with the top of the bat touching the grass. After they were good and dizzy they sprinted down the foul line. Cooper, the lizard-green colored Dragons’ mascot, milled around the crowd, dancing with a team of little leaguers at one point. Later in the game, a few of the Dragons players were in the stands selling 50/50 tickets. The Dragons work hard to be friendly and inviting to kids and their families. 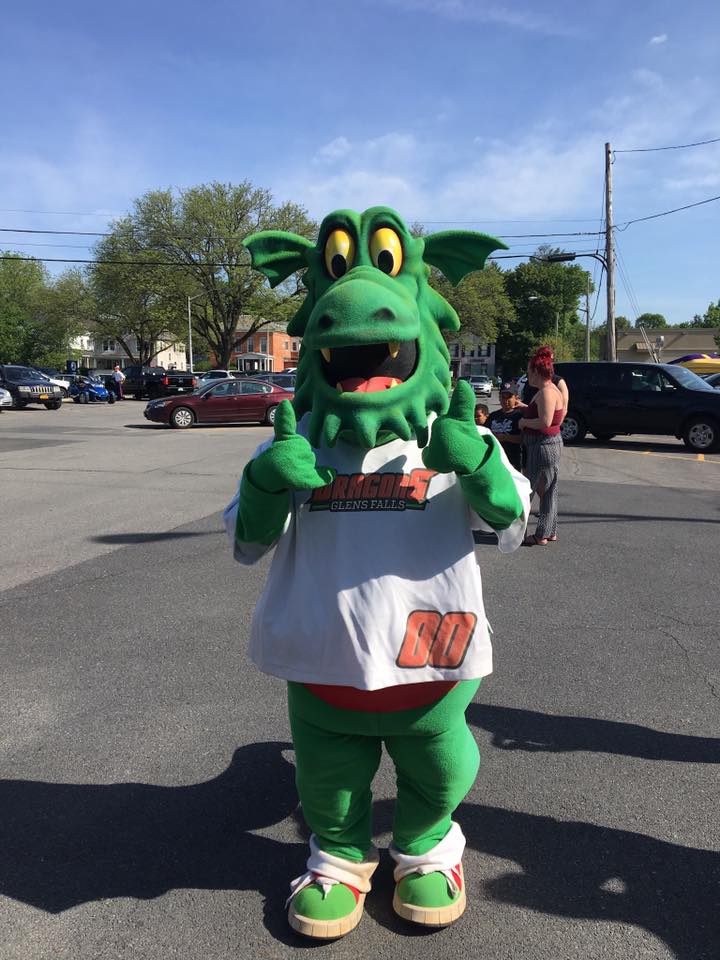 The Dragons ended up losing to the Amsterdam Mohawks 9-3 on opening night, but the evening wasn’t a waste. We watched some fantastic baseball, enjoyed a cold beer, and experienced one of the premier family activities in Glens Falls. If you and your family are visiting the Lake George Area, give the Glens Falls Dragons a shot. Win or lose, a night at East Field is always worth the price of admission.