An Adirondack Treasure: The Gift of Liquid Gold

Tucked away in the mountains of the Lake George Area are pockets of ancient practice of an almost sacred tradition. Generations of family members who inhabit the maple quarters will tell you they live in a place “where nature is a way of life, and sugaring is second nature.” Join them in celebrating the start of spring as days warm and nights are still on the cold side ... when the sap of the maple trees begins to flow and the sugaring process transforms this simple liquid into the sweetest treat of the Adirondacks – Maple Syrup!

Early European settlers learned the process of producing maple syrup from the Native Americans. The legend unfolds on a late-winter morning when the wife of an Iroquois tribal chief went to remove her husband's tomahawk from a maple tree he had struck the night before. On pulling the blade from the bark, she observed a clear liquid flowing from the wound, which she collected for use in her cooking. It didn't take long for this thoughtful native woman to realize just what she had discovered ~ a sweet new concoction that would serve to enhance the rudimentary diet of her tribe as well as that of an entire people and eventually a civilization!

In the years since the Iroquois maiden stumbled upon the basics of maple syrup, this uniquely Adirondack cottage industry has evolved to create some of the most amazing maple products on the market. These items make wonderful gifts, if you can keep them long enough without giving in to the temptation! And the best part is, you don't have to travel into the recesses of the mountains to do your shopping. Check out this list of great maple producers in the Lake George Area and with the click of a mouse, your order will be on its way!

The Hill and Senecal families have been running the 30-acre  Valley Road Maple Farm for several decades, and their experience shows in their maple products. Fed from the yield of two sugar bushes and the farm’s 3,400 vacuum-fed tree taps, their sugar house is top-notch and state-of-the-art, using a reverse osmosis technique to produce abundant amounts of maple syrup in a shorter amount of time. All of that sap allows them to create amazing maple-themed products such as maple syrup, maple sugar, maple cream, maple candy, maple roasted peanuts, maple peanut brittle, maple cotton candy, and other delectable maple treats. Valley Road Maple Farm has been recognized for its goods including a win in the Vermont International Maple Syrup Contest for light amber syrup, and a three-time New York State Fair winner for their maple candy. All of these products are available for sale at the farm, as well as Oscar’s Smoke House maple bacon, of which Valley Road is the exclusive maple syrup provider. Click on their Facebook Page to place your order or call 518-623-9783. 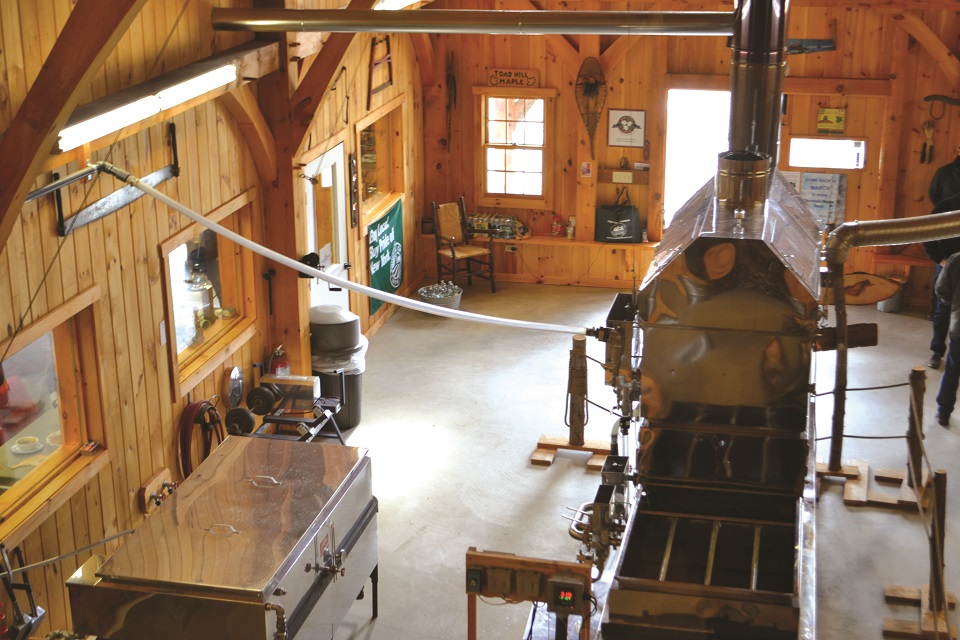 Toad Hill Maple Farm, a 853-acre swathe of Adirondack forest, has been in the Galusha family for over 30 years. About 100 of those acres are used to make maple products, which amounts to over 3,700 maple trees in use. Toad Hill uses the reverse osmosis technique, which is a highly efficient method to remove water from the sap. If the system is running well, they can turn 1,000 gallons of sap into 25 gallons of syrup per hour. Toad Hill also opened a state-of-the-art timber frame sugar house in 2011, which is helping improve the maple process. They’ll also demonstrate the old way to make maple syrup, which is in a large cast iron kettle hanging over a blazing fire. But it is in their maple kitchen where Toad Hill accomplishes so much of the magic of maple goods. Sort through the huge variety of maple treats on the Toad Hill Maple Farm website and be sure to include some maple syrup, maple cream, maple candy, and maple sugar in your purchase! 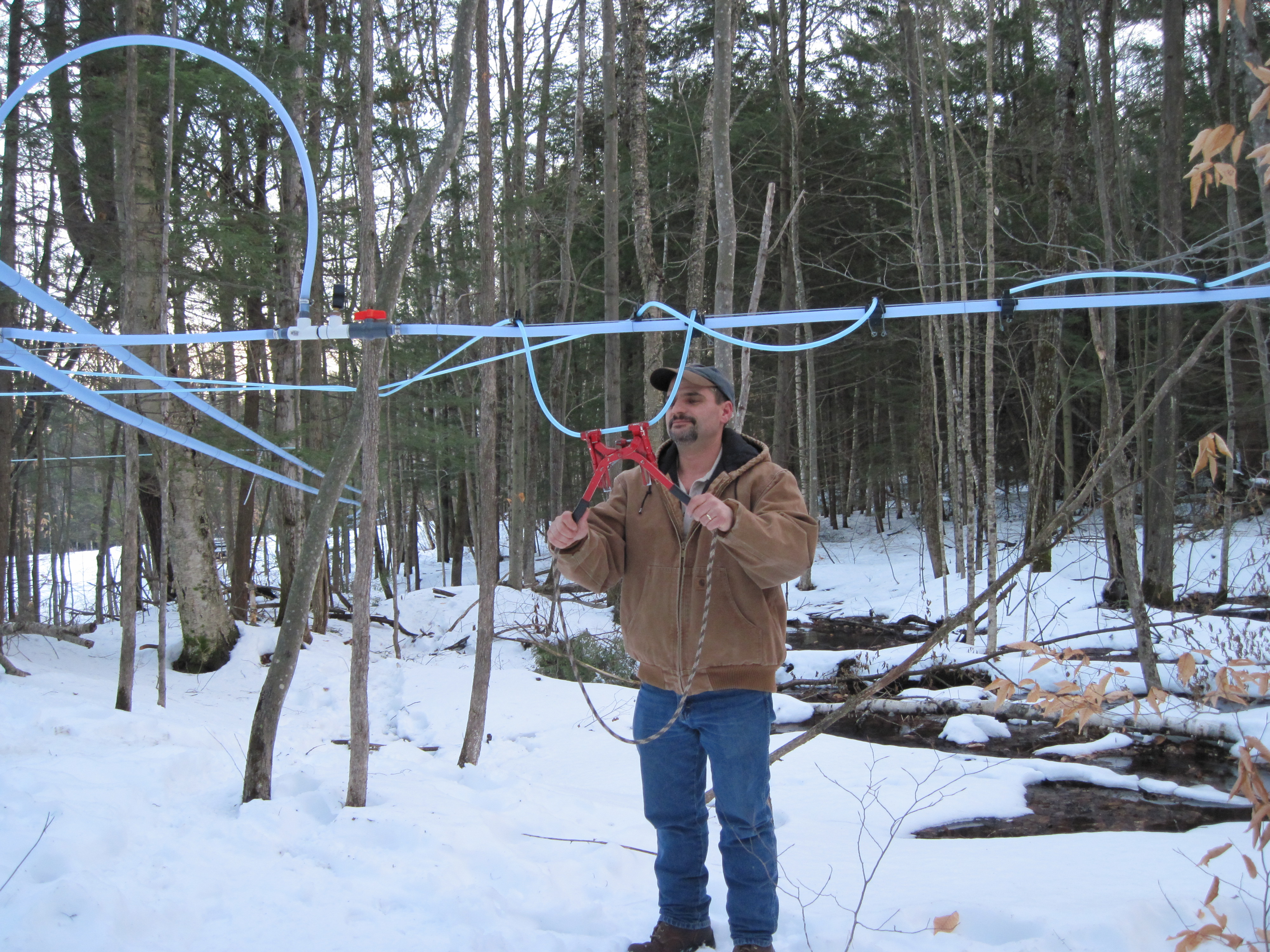 With over 40 years of syrup experience, Hidden Hollow Maple Farm knows their stuff. They’re a huge producer of Lake George Area syrup, with over 5,000 trees tapped. They hold to the old ways of syrup production, using a wood-fired evaporator to boil the sap. They watch the sap temperatures manually and then hand-draw the syrup when it’s at the perfect temperature. Their mastery of all things maple comes from years of experience and a healthy gut-feeling. Owner Charles Wallace says, “old traditions help us let nature be its most delicious.” The syrup is tasty, so we can’t say we disagree. Along with excellent maple syrup, which is sold in glass maple leaf-shaped bottles, they make a tree load of maple products, such as maple candy and maple cream. They also sell some unique items such as maple jelly, cinnamon maple sugar, maple pepper and more. Hidden Hollow Maple Farm is doing a lot right, and the proof is in the syrup that can be found in the dining halls of SUNY Oswego and at food expos across New York State. We suggest you check them out at 518-623-9406 or meander through the aisles of the Hidden Hollow Maple Farm website. Again, a click of the mouse and your maple treasures on on their way to your doorstep! 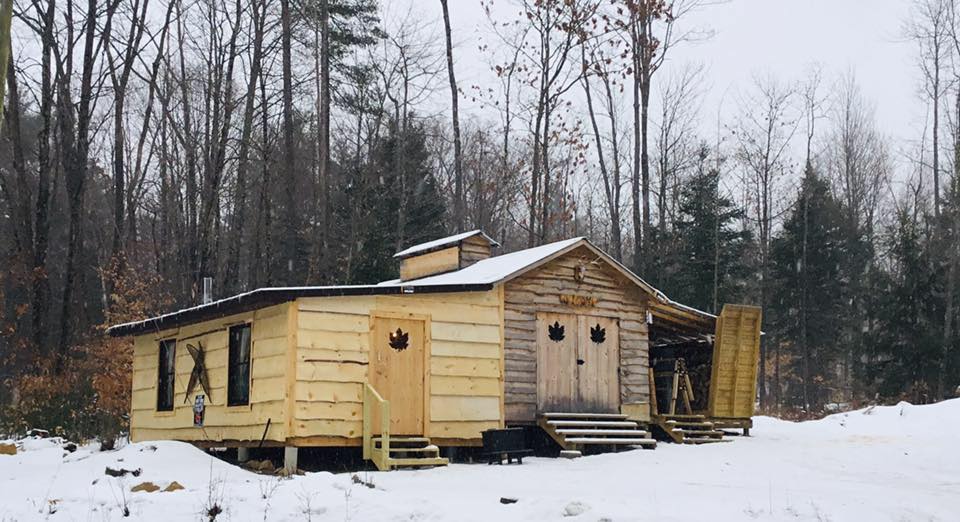 Another great local maple producer of the Lake George Area is Mud Street Maple. With more than 10 years of experience in sugaring, this maple-passionate family operation recently gained distinction for their delicious bourbon maple syrup, maple-glazed walnuts, raspberry maple cream and several infused maple syrups. This 27-acre sugar bush opens early so that there is plenty of time to create these masterpieces of maple with which to fill your shopping cart! Click around Mud Street Maple's online shop and have your special items packed up and shipped in no time! 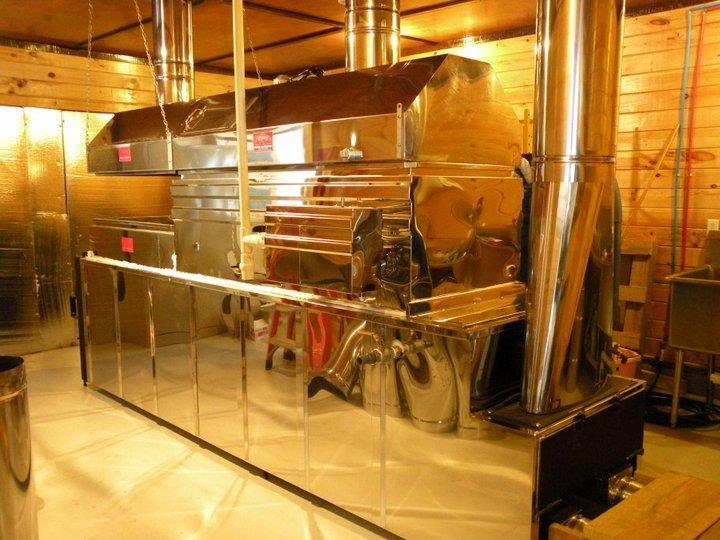 Operating one of the oldest sugar houses in Thurman comes easy to third-generation maple producers Marc and Cheryl Kenyon.Their Adirondack Gold Maple Farm sugar house was built by Marc's grandfather, Oscar, and is still in use today producing some of the finest maple syrup to be had anywhere. Marc, also known as "Tapper," loves to share his vast knowledge on how to tap a tree and harvest sap and this experience shines through in the varied array of products he offers, including maple syrup, maple cream, maple candy, and maple sugar. These items can be found at local farmers markets, but if you're not in the Chestertown area, why not check out the the Kenyon's Facebook page and give them a call or email them with your order! These veteran maple producers never disappoint!

Maple Fest at Up Yonda Farm

It's Maple Season, and here's your chance to learn the science and history behind the sweet process!

- -
Winter Hikes and Walks
The best trails to explore after the snow flies!
Discover a Trail
Cabin Rentals
Cabins have been part of the Lake George Area vacation for over a century.
Find a Cabin
Winter Recreation
Winter in the Lake George Area is exceptional.
Find Winter Fun
Factory Outlets
Open year-round and offering the latest apparel and gifts, the Factory Outlets are the ultimate stop for anyone who loves to shop!
Hit the Shops!
Skiing & Snowboarding
Skiing and snowboarding are two of the can’t miss winter activities that built the Original Vacation.
Hit the Mountain
Cross-Country Skiing
Cross-country skiing on Adirondack trails is a great winter workout whether you’re a classic, touring, or skate skier.
Find a Trail